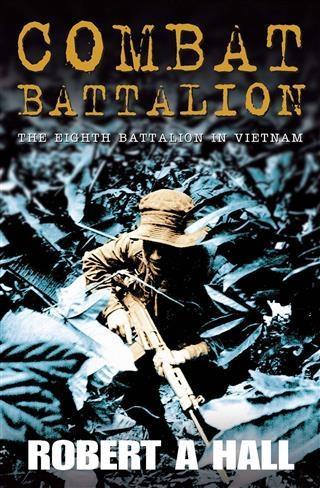 This book explores the life of Australian infantrymen in the Vietnam War by focusing on the experiences of the men of the Eighth Battalion during their 12-month tour at the height of the war. As well as telling the story of that tour, Combat Battalion examines in detail the issues and themes that arise in modern warfare, including the reaction of soldiers to killing, moral and immoral behaviour in combat, the effects of friendly fire on unit morale and cohesion, and patterns of discipline among soldiers on operations and on leave.Drawing on interviews with soldiers and official records, Combat Battalion provides an accurate account of the soldiers in 8RAR and sets the battalion's operations in the broader contexts of American strategy and Australian operations, the politics of the Australian High Command and the overall conduct of the war.

Bob Hall joined the Australian Army in 1965 and graduated from the Royal Military College, Duntroon, in 1968. He served with 8RAR in Malaysia and Vietnam. He left the army in 1991 and is now the Centre Manager of the Australian Defence Studies Centre at the Australian Defence Force Academy. Hall is the author of The Black Diggers: Aborigines and Torres Strait Islanders in the Second World War and Fighters From The Fringe: Aborigines and Islanders recall the Second World War.