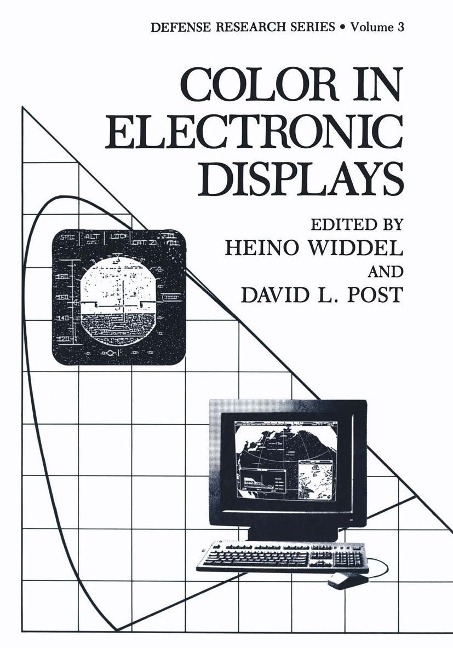 This book is the product of Research Study Group (RSG) 13 on "Human Engineering Evaluation on the Use of Colour in Electronic Displays," of Panel 8, "Defence Applications of Human and Biomedical Sciences," of the NATO Defence Research Group. RSG 13 was chaired by Heino Widdel (Germany) and consisted of Jeffrey Grossman (United States), Jean-Pierre Menu (France), Giampaolo Noja (Italy, point of contact), David Post (United States), and Jan Walraven (Netherlands). Initially, Christopher Gibson (United Kingdom) and Sharon McFaddon (Canada) participated also. Most of these representatives served previously on the NATO program committee that produced Proceedings of a Workshop on Colour Coded vs. Monochrome Displays (edited by Christopher Gibson and published by the Royal Aircraft Establishment, Farnborough, England) in 1984. RSG 13 can be regarded as a descendent of that program committee. RSG 13 was formed in 1987 for the purpose of developing and distributing guidance regarding the use of color on electronic displays. During our first meeting, we discussed the fact that, although there is a tremendous amount of information available concerning color vision, color perception, colorimetry, and color displays-much of it relevant to display design-it is scattered across numerous texts, journals, conference proceedings, and technical reports. We decided that we could fulfill the RSG's purpose best by producing a book that consolidates and summarizes this information, emphasizing those aspects that are most applicable to display design.