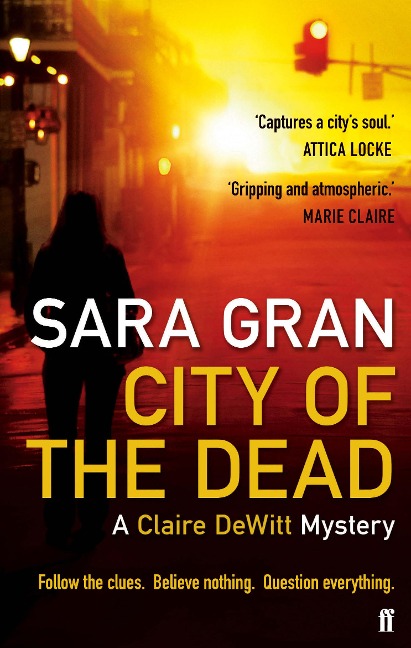 New Orleans, and Vic Willing, Assistant District Attorney for the prosecutors' office, has been missing since Hurricane Katrina hit. Called in from San Francisco is Claire DeWitt, a detective whose expertise and methods derive from some unique sources.

What Claire discovers takes us into the heart of the crime-ravaged, deeply wounded city, where those who can afford it live behind fences and those who can't are slain daily on the streets. And it's there she discovers that the only thing worse than an unsolved case, maybe, is a solved one.

From the acclaimed author of Dope and Come Closer, City of the Dead is the first novel of a detective series unlike any you have read before, one that is sure to inspire a passionate and devoted following. Only a writer with a life as unusual as Sara Gran's - she was in New York City on 9/11/2001 and evacuated from her home in New Orleans on 8/29/2005 - could have written such an extraordinary look at modern-day New Orleans.

Against A Dark Background

Field Guide to the Dragonflies and Damselflies ...

Salt on my Skin