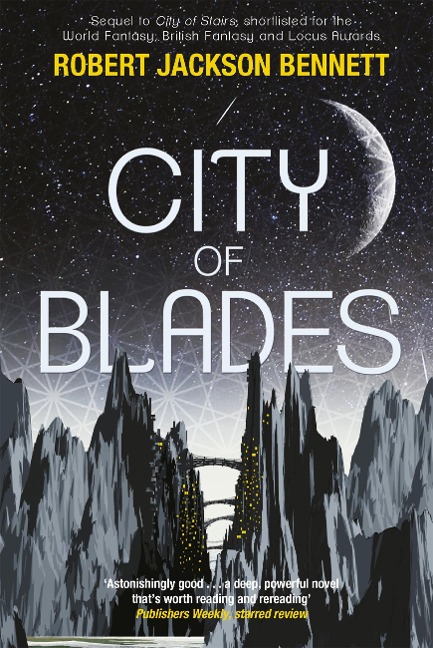 Do the dead sleep soundly in the land of death - or do they have plans of their own?

Nominated for a Goodreads Choice Award 2016.

A generation ago the city of Voortyashtan was the stronghold of the god of war and death, the birthplace of fearsome supernatural sentinels who killed and subjugated millions. But that was then. Now the god is dead and the city lies in ruins, a wasteland of sectarian violence and bloody uprisings.

So it makes perfect sense for General Turyin Mulaghesh, foul-mouthed hero of the battle of Bulikov, rumoured war criminal, ally of embattled Prime Minister Shara Komayd, to be exiled here - but she's not just eking out her days in this hellhole till retirement. She's on one final mission, to find a Saypuri secret agent who's gone AWOL.

The trouble is, that this old soldier isn't sure she's still got what it takes to be the hero . . .

A triumphant return to the world of A City of Stairs.