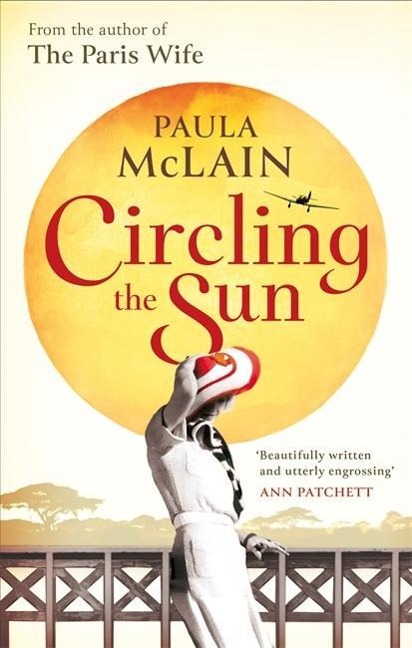 'Paula McLain cements herself as THE writer of historical fictional memoir with Circling the Sun, giving vivid voice to Beryl Markham, a singular, extraordinary woman . . . In McLain's confident hands, Markham crackles to life, and we readers truly understand what made a woman so far ahead of her time believe she had the power to soar' Jodi Picoult

As a child, Beryl Markham is brought to Kenya from Edwardian England by parents dreaming of a new life on an African farm; only two years later, her mother has abandoned the family and returned home.  Neglected daughter, scourge of governesses, serial absconder from boarding school, by the age of sixteen Beryl has been catapulted into a disastrous marriage, emerging from the wreckage vowing to take charge of her own destiny.

As Beryl forges ahead with her new life, we encounter the writer-farmer-baroness Karen Blixen; irresistible big-game hunter Denys Finch Hatton; Kibii, the friend of her girlhood; and Lord Delamere, the man who gives Beryl a chance to prove herself. And at the heart of the novel is Beryl herself: dazzling, contradictory, brave, passionate and reckless, whose great loss in love finally frees her to pursue her dreams of flight - and freedom.

'McLain brings the scandalous past to vivid life' Tatler

Paula McLain received an MFA in poetry from the University of Michigan and has been awarded fellowships from Yaddo, the MacDowell Colony, and the National Endowment for the Arts. She is the author of two collections of poetry, as well as a memoir, Like Family. Her novels include The Paris Wife and Circling the Sun. She lives in Cleveland with her family.