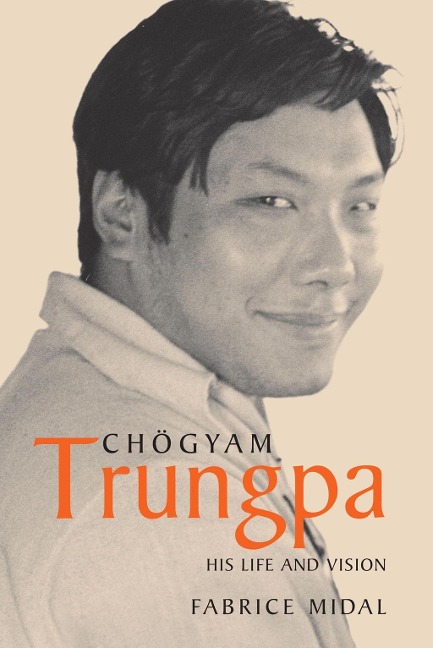 His Life and Vision

Chögyam Trungpa is virtually synonymous with the transmission of Tibetan Buddhism to the West. Over the course of his seventeen-year teaching career in North America, Trungpa ushered in a radically new approach to spirituality—both rooted in the ancient wisdom of the buddhadharma and thoroughly situated in the contemporary world. His teachings, grounded in what he called the "Shambhala vision," focused on the development of an enlightened society through the transformation of ordinary, everyday life into sacred activity.

Steering between Western biography and traditional Tibetan hagiography, Fabrice Midal takes you on a soaring journey through Trungpa's life and teachings. Touching on all of the most momentous events, this series of glimpses into Chögyam Trungpa's world provides a rare view on the formation of Trungpa's thought and the remarkable body of teachings and writings that remain as his legacy. Included are accounts of:

• Chögyam Trungpa's education in Tibet under the tutelage of great tantric masters, like Jamgön Kongtrül of Sechen and Khenpo Gangshar
• The founding of landmark centers for Buddhist practice and education, such as the Naropa Institute (now Naropa University), Karmê Chöling, and the Rocky Mountain Dharma Center (now the Shambhala Mountain Center)
• Trungpa's historic meeting with the sixteenth Gyalwa Karmapa in 1974, the first-ever visit of the Karmapa to America
• Behind-the-scenes stories of Trungpa's most treasured writings, including Meditation in Action, Cutting Through Spiritual Materialism, and Shambhala: The Sacred Path of the Warrior
• And much more

Fabrice Midal is a professor of philosophy at the University of Paris. He holds a doctorate in philosophy from the University of Paris, Sorbonne, and teaches the dharma in France and elsewhere in Europe. A practicing Buddhist in the tradition of Chögyam Trungpa, he is well known in Buddhist circles in France and has published books on religious topics with major French publishers, among them several titles on Tibetan Buddhism.

The History of Love