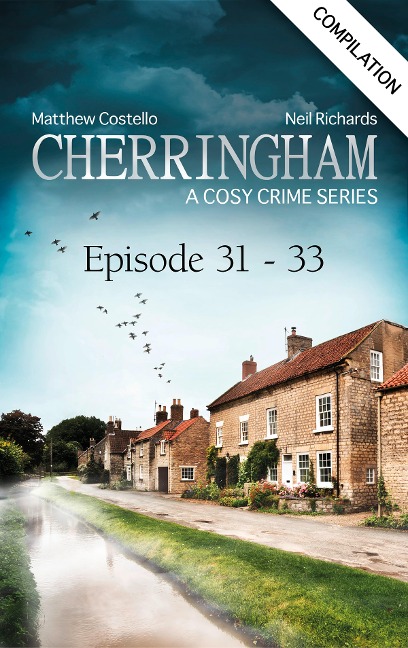 Jack's a retired ex-cop from New York, seeking the simple life in Cherringham. Sarah's a Web designer who's moved back to the village find herself. But their lives are anything but quiet as the two team up to solve Cherringham's criminal mysteries.

Last year at Cherringham High, and for three girls that means facing the School Summer Challenge, a grueling fifty-mile hike across the Cotswolds, through thick woods, over steep hills, camping each night under the stars. But when one of them disappears in the middle of the night and is found dead in the morning, most believe a terrible accident has taken place. Was it really an accident? Jack and Sarah aren't convinced - and soon discover that secrets and lies can have terrible consequences ... and always leave a trail ...

When Edward Townes - famed writer of novels about knights and maids, and castles and conquering - attends a medieval launch party for his latest book, he arrives ready to do more than celebrate. But party night brings a blizzard, a once-in-a-century storm that sees Townes staggering home, alone ... only to be found dead the next day. With Cherringham cut-off and the blizzard still raging, Jack and Sarah start investigating. Their questions reveal that many of those still stranded in the dark village have secrets. And Townes' killer is still in the village ...

When a hiker falls from a cliff edge while walking the Cotswolds Way, it seems like no accident. The more Jack and Sarah investigate the walkers on the trail that day, the more likely it seems that danger is still afoot. Is there a potential killer in this Cherringham tour group? And when will he or she strike again?

Co-authors Neil Richards (based in the UK) and Matthew Costello (based in the US), have been writing together since the mid 90's, creating content and working on projects for the BBC, Disney Channel, Sony, ABC, Eidos, and Nintendo to name but a few. Their transatlantic collaboration has underpinned scores of TV drama scripts, computer games, radio shows, the successful crime fiction series Cherringham, and - most recently - the historical series Mydworth Mysteries.