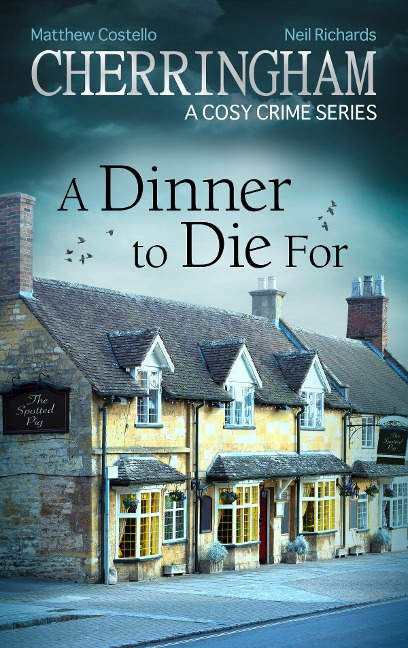 Cherringham - A Dinner to Die For

When a new restaurant with a starred American chef opens in Cherringham, it seems the Spotted Pig has a worthy rival. But a series of disturbing incidents turns that rivalry into something dangerous - perhaps even fatal. Jack and Sarah get involved and soon discover dark secrets about the new chef Anna ...

Can they uncover what is really happening before both restaurants go belly-up?

Set in the sleepy English village of Cherringham, the detective series brings together an unlikely sleuthing duo: English web designer Sarah and American ex-cop Jack. Thrilling and deadly - but with a spot of tea - it's like Rosamunde Pilcher meets Inspector Barnaby. Each of the self-contained episodes is a quick read for the morning commute, while waiting for the doctor, or when curling up with a hot cuppa.

You'd like to read a Cherringham story in novel-length? The first Cherringham books DEAD IN THE WATER and THE BODY IN THE WOODS are already available. Or maybe you'd like Neil Dudgeon to read them to you? Purchase Episodes 1-18 as audiobooks!

Co-authors Neil Richards (based in the UK) and Matthew Costello (based in the US), have been writing together since the mid 90's, creating content and working on projects for the BBC, Disney Channel, Sony, ABC, Eidos, and Nintendo to name but a few. Their transatlantic collaboration has underpinned scores of TV drama scripts, computer games, radio shows, and - most recently - the successful crime fiction series Cherringham.