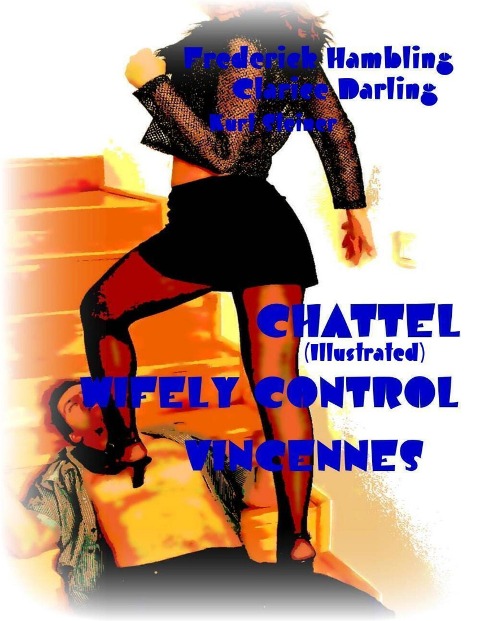 In the illustrated first tale of these three female-led books on the subject of male submission, a financially strapped Englishman is trapped into domestic servitude by the Indian woman next-door he had once considered nothing more than a caring neighbour.

In the second  book of the trilogy we see how yet another husband - bankrupt and unemployed - is led into domestic and sexual service by his wife and the black lesbian lover who is also her boss.

In the final book of the trilogy a powerful English businessman visiting Kolkata finds himself lured into the most humbling servitude through his unaccountable infatuation and obsession with a lowly Indian waitress and her... FEET!

Female-led fiction for the connoisseur of the woman of authority.