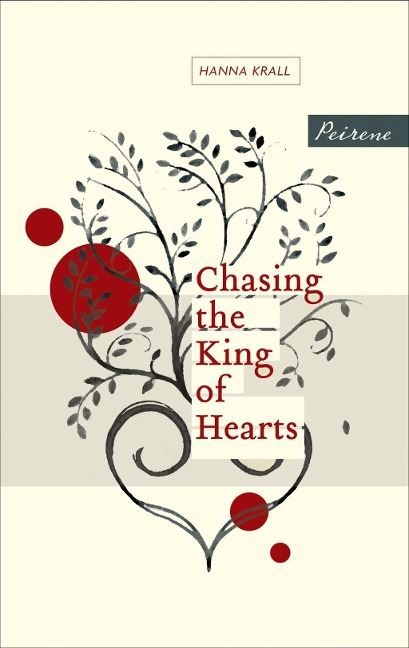 Chasing the King of Hearts

The internationally acclaimed Polish bestseller about the Holocaust. A remarkable true story of love and survival. Now for the first time in English.

The Warsaw Ghetto 1942: When Izolda's husband, Shayek, is imprisoned, she sets out to release him. She changes her name, her hair, her religion. Eventually she is captured and deported to Auschwitz. But even there, she trusts that her love will save them both.
Why Peirene chose to publish this book: 'This is a beautiful love story but also an incredible account of one woman's quest to be heard. Told with astounding simplicity, the book recreates the Holocaust not as an historical event but as a terrifying, shared, experience. I am amazed - and honoured - that it was left to Peirene to publish this book for the first time in English.' Meike Ziervogel
'A spare, startling tale of love and survival.' Justine Jordan, Guardian
'A remarkable find.' David Mills, Sunday Times
'Krall has created an elegant, nuanced book about choice, consequences, identity and guilt.' Roger Boyes, The Times
'An arresting style that rises in remarkable fashion to the challenge such a history poses to any narrator, combining steely lyricism with a thriller's tension.' Marek Kohn, Independent
'A masterpiece.' Kapka Kassabova, Guardian
'Powerful in its raw simplicity and deeply affecting in its emotional stoicism . . . An unforgettable and unparalleled addition to the classy stable of Peirene Press books.' Pam Norfolk, Lancashire Evening Post
SHORTLISTED FOR THE JEWISH QUARTERLY-WINGATE PRIZE 2015
WINNER OF THE FOUND IN TRANSLATION AWARD FOR POLISH TRANSLATION 2014
GUARDIAN'S BEST FICTION 2013
GUARDIAN READERS' BOOKS OF THE YEAR 2013
ENGLISH PEN BEST YULE READS 2013
E-Book 09/2013