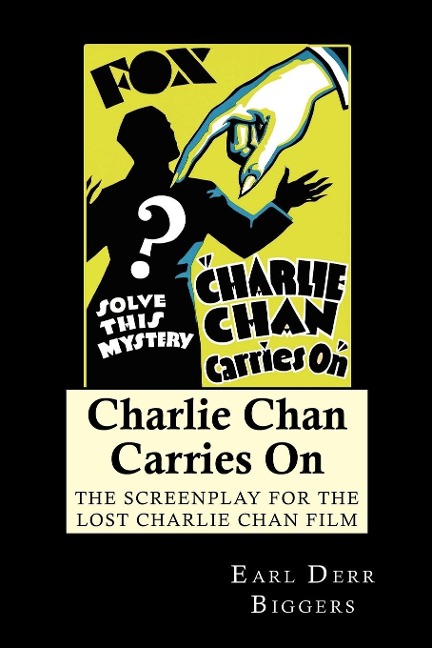 The Screenplay for the Lost Charlie Chan Film

"""Charlie Chan Carries On"" -- the 1931 Fox motion picture starring Warner Oland as Chan-- is now considered a ""lost"" film (the original film materials were destroyed in a vault fire.) Unless a copy surfaces in some remote corner of the world, as happened with ""Charlie Chan in Paris,"" this original screenplay is the closest Chan fans will come to seeing the original film. (There is also a Portuguese-language version called ""Eran Trece"" -- ""There Were Thirteen"" -- with a different cast. The 1940 film, ""Charlie Chan's Murder Cruise,"" starring Sidney Toler, Oland's successor in the role of Charlie Chan, was also based on the same novel, but with a different script.)

This addition to the series was penned by Barry Conners and Philip Klein, with added material suggested by Earl Derr Biggers, and based loosely on Biggers' original novel, ""Behind That Curtain."" "