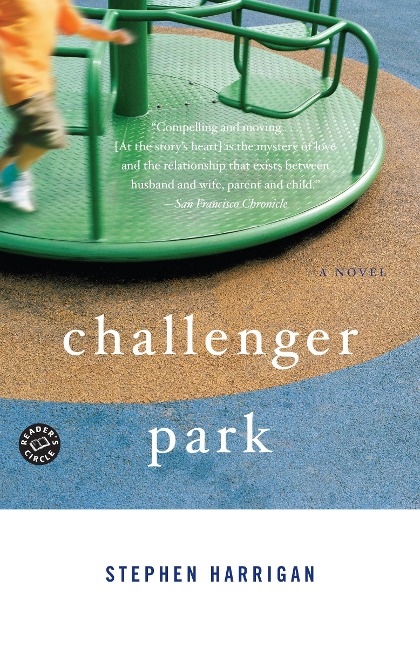 "Compelling and moving...[At the story's heart] is the mystery of love and the relationship that exists between husband and wife, parent and child.”  -- San Francisco Chronicle

"[Lucy Kincheloe] is a smart, ambitious woman torn between her career and her family...struggling to figure out what matters to her most.”  -- The Washington Post Book World

"A fine, absorbing achievement...a stately novel whose emotional precision is matched by the exactitude of its prose.”  -- The New York Times Book Review

"Epic in scope but human in scale, a tale of grand adventure packed with individual emotions.”  -- Texas Monthly

"[I]ntriguing and thoughtful...under Harrigan's control, melodrama is stripped; he leaves enough spice to drive the human side of the plot while treating the science with respect and intelligence.” — The Chicago Tribune

"This is an intimate and soulful novel in which Harrigan balances love, family, and desire." -- Library Journal

"Harrigan's precision reporting and lyrical writing make Challenger Park an absorbing read....If NASA ever decides to allow a writer on a space mission, my vote is for Stephen Harrigan.” — San Antonio Express News

"[A] finely crafted novel that gets to the core of what really matters in the end: friendship, family, and love....Novelists like John Updike, Ann Beattie and Anne Tyler-our leading chroniclers of the human heart-will need to make room for one more in their midst.” — New Jersey Star-Ledger

"[Harrigan] takes the well-trod landscape of suburban bedroom angst and gives it such a quirky makeover that the whole business of marital infidelity and family stability seems fresh...eminently readable.” — St. Louis Post-Dispatch

From the author of the acclaimed and best-selling The Gates of the Alamo, a novel of extraordinary power about what it's like, and what it means, to journey into space as one of today's astronauts.

At the novel's center: Lucy Kincheloe, an astronaut married to an astronaut, the loving mother of two young children, with a fierce ambition to excel in the space program. Her husband, Brian, a rigorous man whose dreams of glory have been blighted by two star-crossed missions. Walt Womack, the steady, unflappable leader of the training team that prepares Lucy for her first shuttle flight.

Lucy has devoted years of intense and focused effort to win her place on a mission, but as her lifelong dream of flying in space comes true, her familiar world appears to be falling apart around her.  Her marriage is deteriorating. Her son's asthma is growing more serious. Her relationship with Walt Womack is becoming dangerously intimate. And when at last she is in space, 240 miles above the earth, and an accident renders the world she left behind appallingly distant—perhaps unreachable—her spirit is tested in gripping and unexpected ways.

In The Gates of the Alamo, Stephen Harrigan's narrative authority brought a vanished nineteenth-century Texas to vibrant life. In Challenger Park, he does the same with the world of space flight, bringing us up close to the lives—the risks, the friendships, the rituals, the training—of the astronauts and the people who work with them. Harrigan has written an exciting—indeed a thrilling—novel about the contrary pulls of home and adventure, reality and dreams, and the unimaginable experience, the joys and terrors and revelations, of space flight itself.

Stephen Harrigan is the author of three previous novels, Aransas, Jacob's Well, and The Gates of the Alamo.  His nonfiction books include Water and Light: A Diver's Journey to a Coral Reef and the essay collections A Natural State and Comanche Midnight.  He is a longtime writer for Texas Monthly, and his articles have appeared in many other magazines. He lives in Austin, Texas.