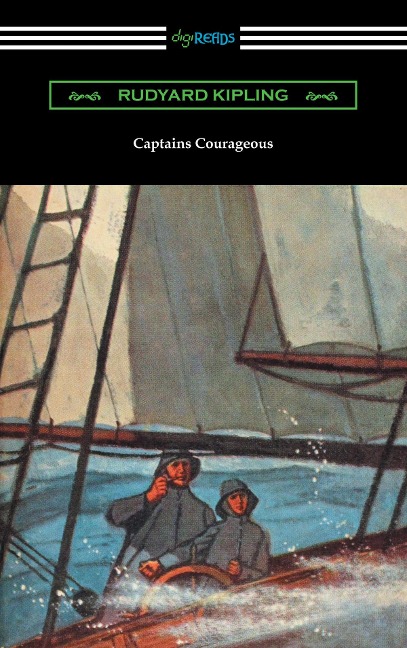 First published in 1897, "Captains Courageous" follows the adventures of Harvey Cheyne, a spoiled, rich young man who is accidentally washed overboard from a luxury ocean liner and is rescued by the Portuguese captain of a fishing boat and his hard scrabble crew. Kipling, drawing on his own experiences living in Vermont, fills this classic coming of age story with period details of late nineteenth-century American fishing, whaling, and railroad travel. Forced to work for his place on the ship, fifteen-year-old Harvey must overcome his own stubbornness and privileged up-bringing as he learns to survive, and even thrive, in the harsh, demanding, and often dangerous life at sea. Through hard work and discipline, Harvey learns the values of self-reliance and friendship as he becomes a skilled fisherman and an accepted and equal member of the crew. The novel is both a thrilling test of Harvey's character and an examination of class and privilege in nineteenth-century America. Exhilarating and ultimately redemptive, the novel was heralded by Theodore Roosevelt in his 1900 essay "What We Can Expect of the American Boy" as describing in the "liveliest way just what a boy should be and do." This edition includes a biographical afterword.