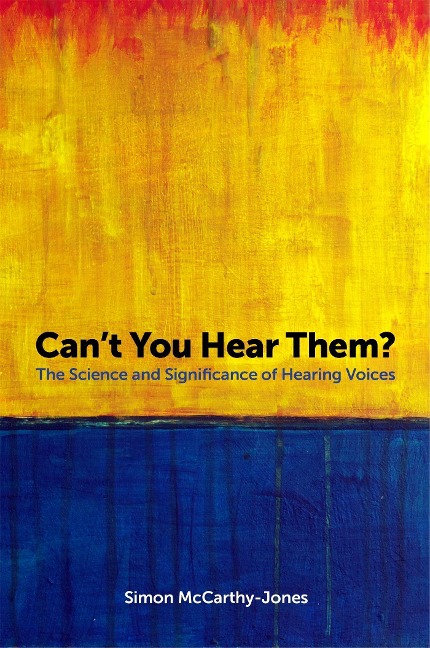 Can't You Hear Them?

The Science and Significance of Hearing Voices

The experience of 'hearing voices', once associated with lofty prophetic communications, has fallen low. Today, the experience is typically portrayed as an unambiguous harbinger of madness caused by a broken brain, an unbalanced mind, biology gone wild. Yet an alternative account, forged predominantly by people who hear voices themselves, argues that hearing voices is an understandable response to traumatic life-events. There is an urgent need to overcome the tensions between these two ways of understanding 'voice hearing'.

Simon McCarthy-Jones considers neuroscience, genetics, religion, history, politics and not least the experiences of many voice hearers themselves. This enables him to challenge established and seemingly contradictory understandings and to create a joined-up explanation of voice hearing that is based on evidence rather than ideology.

Acknowledgements. Introduction. 1. Desperately Seeking Silence. 2. Context, Not Cortex. 3. Religion Weaponizes Medicine. 4. Manufacturing Meaning. 5. There's Still Steel in Sheffield. 6. A Candle in the Dark. 7. The Psychiatric Reformation. 8. Variety with Commonality. 9. Doublespeak. 10. Only God Knows. 11. Follow the Trauma. 12. Certified Organic. 13. Beyond Diagnosis. 14. Two Point Five Percent. 15. Where to Start with Causes. 16. Breast Pumps from Hell. 17. Hypervigilance Hallucinations. 18. What Have They Done To You, Poor Child?. 19. Can Child Abuse Cause Voice-Hearing?. 20. Voice-Hearing as Memories of Trauma. 21. What Encourages Voice-Hearing After Trauma?. 22. The Galaxy in Your Head. 23. Grey Matter Changes in the Voice-Hearing Brain. 24. Where Wilder's Things Roam. 25. What is the Brain Doing When Someone is Hearing Voices?. 26. White Matter Changes in the Voice-Hearing Brain. 27. Who May I say is Calling?. 28. Take into the Air My Quiet Breath. 29. Meet you in Malkovich. 30. Right is Might. 31. Speak, Memory. 32. TPJ. 33. Vigorously Resting. 34. A Tranquilliser by Any Other Name?. 35. Antipsychotics: Heart-Warming and Heart-Breaking. 36. Enter Synapse.37. The Truths They Are A'changing. 38. The Untamed Prediction. 39. Neurodevelopmental Theories. 40. Are There Genes for Hallucinations?. 41. When the World Speaks, the Genome Listens. 42. Turning to Recovery. 43. The Long Talk to Freedom. 44. The Voice-Hearer's Stone. 45. The Master's Tools. 46. I Came a Stranger, I Depart a Stranger. 47. What Causes the Causes?. Conclusions. References