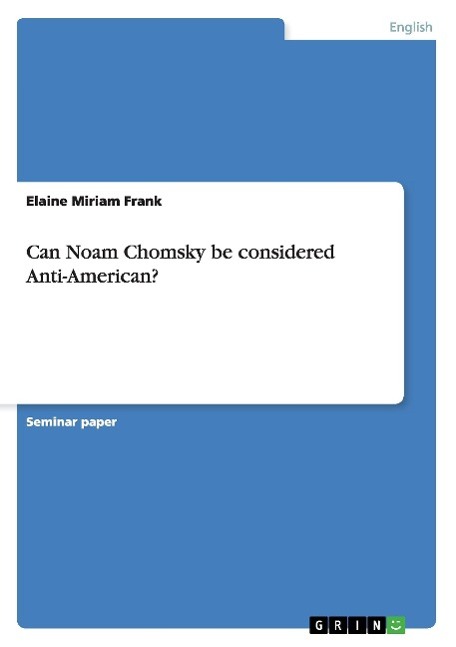 Can Noam Chomsky be considered Anti-American?

Seminar paper from the year 2015 in the subject American Studies - Literature, grade: 2,3, LMU Munich (American Literature), course: Anti-Americanism, language: English, abstract: Noam Chomsky is not only considered "the father of modern linguistics" and recipient of "world's top public intellectual" award in 2005, he is also a radical "political activist".

His radical left-wing and partially anarchist's views on current as well as past political/foreign affairs do not make him very popular in parts of American society.
Even other American critics like Emmnuel Todd refer to him as anti-American.
His views on Vietnam War, South American affairs and opinion of mass media have imparted him the title "Anti-American".

The central question this paper deals with is: Whether Noam Chomsky is anti-American or just a political activist attempting to make the American people become aware of unnecessary political actions their government takes?

So You've Been Publicly Shamed

So You've Been Publicly Shamed