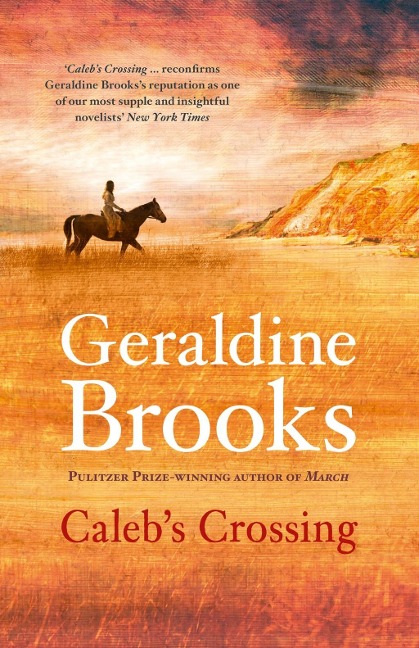 A richly imagined novel from the author of the New York Times bestseller, PEOPLE OF THE BOOK. 'CALEB'S CROSSING ... reconfirms Geraldine Brooks's reputation as one of our most supple and insightful novelists' NEW YORK tIMES When Bethia Mayfield, a spirited 12 year old living in the rigid confines of a 17th-century English Puritan settlement, meets Caleb, the young son of a Wampanoag chieftain, the two forge a secret friendship that draws each into the alien world of the other.As Bethia's father, a Calvinist minister, tries to convert the Wampanoag to his own strict faith, he awakens the wrath of the medicine men. Caleb becomes a prize in a contest between old ways and new, eventually taking his place at Harvard, studying alongside the sons of the colonial elite. Fighting for a voice in a society that requires her silence, Bethia becomes entangled in Caleb's struggle to navigate the intellectual and cultural shoals that divide their two worlds. From the few facts that survive of Caleb's extraordinary life as the first Native American to graduate from Harvard College in 1665, Pulitzer Prize-winning novelist Geraldine Brooks creates a luminous tale of love and faith, magic and adventure.

Geraldine Brooks is the author of three novels, the Pulitzer Prize-winning March and the international bestsellers People of the Book and Year of Wonders. She has also written the acclaimed non fiction works Nine Parts of Desire and Foreign Correspondence. Born and raised in Australia, she lives on Martha's Vineyard with her husband, Tony Horwitz, and their two sons.