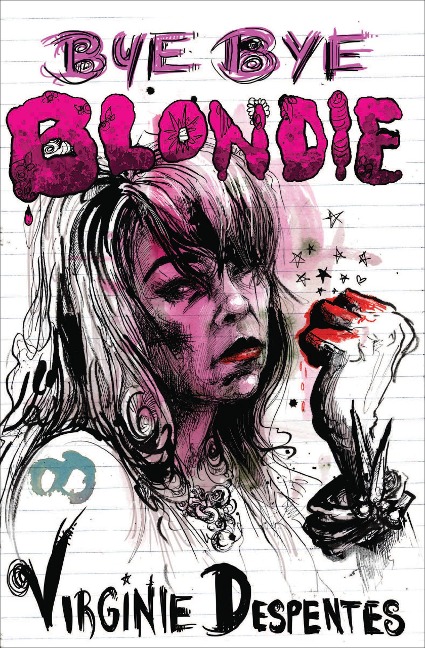 In a wrecked modern version of a romance novel, acclaimed French writer Virginie Despentes pokes at the simultaneous ecstasy and banality of love in an age of psychiatry and punk.

Gloria lives in seething rage, lashing out at everyone-particularly, a string of bewildered boyfriends-at the local bar. But when her latest explosion leaves her out on the street, she unexpectedly runs into famed television personality Eric Muir. Incidentally, he's also her teenage boyfriend, and the one who started it all.

Once upon a time, Gloria and Eric met while institutionalized, and then became a mascot couple for those homeless and high on a noisy mix of drugs, music, and counterculture. Now, twenty years later, Gloria is enamored by youthful love resurrected and determined to immortalize their story by writing a screenplay. Whisked away to Paris, she's transformed from a provincial loose cannon into an urbane party guest. But navigating life and love isn't any easier for the middle-aged. Cutting deep to unearth the marriage of institutional violence and heterosexual relationships, Bye Bye Blondie illustrates how young women are continuously dragged down and neglected, and then dangled false offers of fame in lieu of real, redemptive recognition.

Virginie Despentes is an award-winning author and filmmaker, and a noted French feminist and cultural critic. She is the award of many award-winning books, including Apocalypse Baby (winner of the 2010 Prix Renaudot) and Vernon Subutex (winner of the Anaïs-Nin Prize 2015, Prix Landerneau 2015, Prix La Coupole 2015). She also co-directed the screen adaptations of her controversial novels Baise-Moi and Bye Bye Blondie.

Sian Reynolds has translated many books on French history, including most of the works of Fernand Braudel. Recent translations include fiction by Virginie Despentes, Antonin Varenne and French crime novelist, Fred Vargas. Four Vargas translations have been awarded the Crime Writers' Association International Dagger (2006, 2007, 2009, 2013). She is professor emerita of French at the University of Stirling, Scotland.