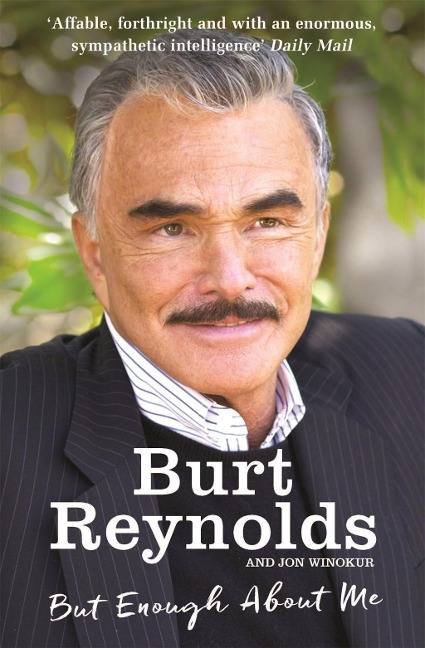 But Enough About Me

In But Enough About Me, legendary film actor and Hollywood superstar Burt Reynolds recalls the people who shaped his life and career, for better or for worse. From Robert Altman, Cary Grant, Clint Eastwood and Robert Mitchum to Bette Davis, Marlon Brando, Woody Allen and Kirsty Alley, Burt pays homage to those he loves and respected, acknowledges those who've stayed loyal, and calls out the assholes he can't forgive.

Recalling his life and career spanning over 50 glorious years, the legendary actor gives special attention to the two great loves of his life, Dinah Shore and Sally Field, his son, Quinton, as well as to the countless people who got in his way on his journey to Hollywood domination. With chapters on his early childhood, how he discovered acting, played poker with Frank Sinatra, received directing advice from Orson Welles, his golden years in Hollywood, his comeback in the late 1990s, and how his life and art led him to found the Burt Reynolds Institute for Film and Theatre, But Enough About Me is a gripping and eye-opening story of one of cinema's true greats.

Burt Reynolds was born in Georgia, USA in 1936. An actor and director, he is best known for his star turns in Deliverance (1972), White Lighting (1973), Smokey and the Bandit (1977) and Boogie Nights (1997), for which he was nominated for an Academy Award for Best Supporting Actor.