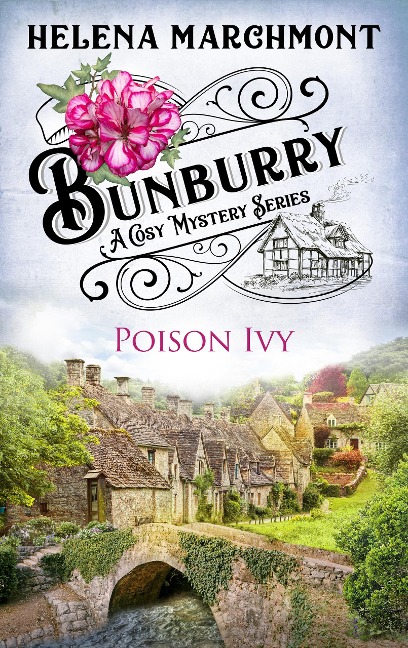 It's party time in Bunburry! The deluxe Magnolia Inn is hosting surprise birthday celebrations for Bunburry's favourite senior citizens, Liz and Marge. But the party is not the only surprise. A glamorous widow, Francesca Fairfax Adams, is staying in the Magnolia Inn, and catches the eye of self-made man and amateur sleuth Alfie McAlister.

But Alfie's best friend, Oscar de Linnet, down from London for the party, knows Francesca of old, and has some shocking news about her. Alfie is reluctant to believe him and decides to discover the truth for himself... Is this investigation putting himself and Oscar in terrible danger?

Helena Marchmont is a pseudonym of Olga Wojtas, who was born and brought up in Edinburgh. She was encouraged to write by an inspirational English teacher, Iona M. Cameron. Olga won a Scottish Book Trust New Writers Award in 2015 and recently published her second book in the Miss Blaine mystery series.