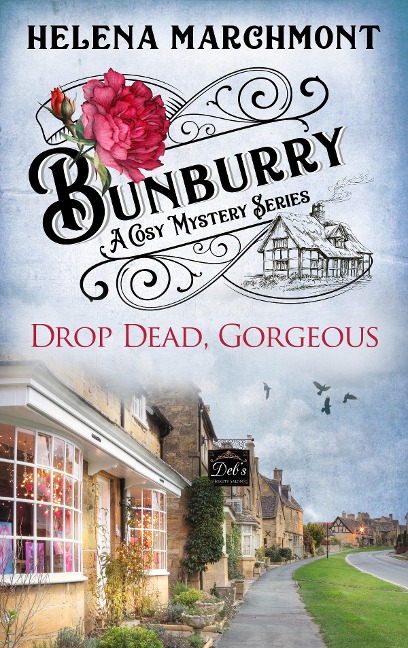 In "Drop Dead, Gorgeous," the fifth Bunburry book, Deb's Beauty Salon becomes the last resting place for merry widow and property magnate Eve Mosby, whose passions include haute couture and a young lover. Plenty of people disliked Mrs Mosby, but enough to kill her? And what really baffles amateur sleuth Alfie McAlister and his friends Liz and Marge is that the body is found in a locked room - how did the murderer get in and out?

Helena Marchmont is a pseudonym of Olga Wojtas, who was born and brought up in Edinburgh. She was encouraged to write by an inspirational English teacher, Iona M. Cameron. Olga won a Scottish Book Trust New Writers Award in 2015, has had more than 30 short stories published in magazines and anthologies and recently published her first mystery Miss Blaine's Prefect and the Golden Samovar.