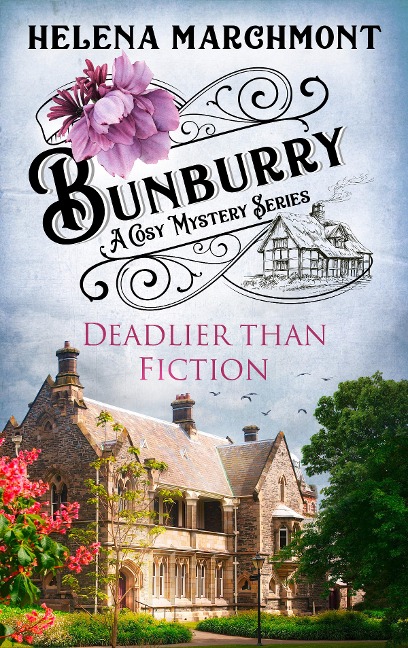 In "Deadlier than Fiction", amateur sleuth Alfie McAlister enjoys his volunteer work in Bunburry's community library, set up in the mansion of the formidable Miss Radford-Jones. The library is home from home for eleven-year-old Noah, an Agatha Christie fan who sees murder round every corner. At first Alfie dismisses this as a child's overactive imagination - but then he himself is attacked. Could young Noah be right after all?

Helena Marchmont is a pseudonym of Olga Wojtas, who was born and brought up in Edinburgh. She was encouraged to write by an inspirational English teacher, Iona M. Cameron. Olga won a Scottish Book Trust New Writers Award in 2015 and recently published her second book in the Miss Blaine mystery series.