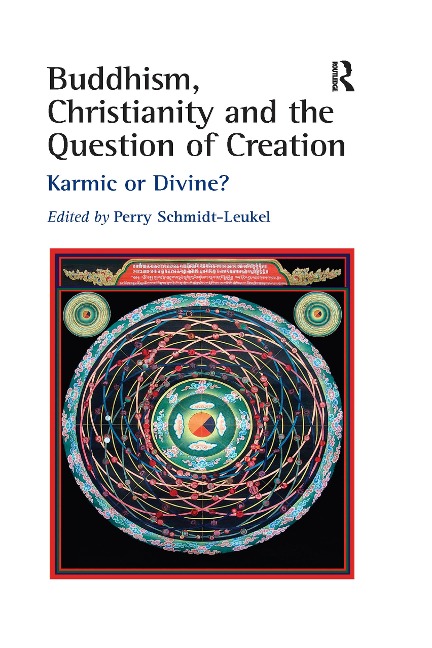 Buddhism, Christianity and the Question of Creation

Is the world created by a divine creator? Or is it the constant product of karmic forces? The issue of creation was at the heart of the classic controversies between Buddhism and Hindu Theism. In modern times it can be found at the centre of many polemical debates between Buddhism and Christianity. Is this the principal barrier that separates Buddhism from Christianity and other theistic religions?   The contributions to Part One explore the various aspects of traditional and contemporary Buddhist objections against the idea of a divine creator as well as Christian possibilities to meet the Buddhist critique. Part Two asks for the potential truth on both sides and suggests a surprising way that the barrier might be overcome. This opens a new round of philosophical and theological dialogue between these two major traditions with challenging insights for both.   Contributors: Jose I. CabezAn, John P. Keenan, Armin Kreiner, Aasulv Lande, John D'Arcy May, Eva K. Neumaier, Perry Schmidt-Leukel, Ernst Steinkellner.

Perry Schmidt-Leukel has a Diploma in Theology (Munich, 1982); MA in Philosophy of Religion (Munich, 1984) with a dissertation on Pali-Buddhism; Dr. theol. (Munich, 1990) with a thesis on Buddhist-Christian Hermeneutics; and Dr. theol. habil. (Munich, 1996) with a habilitatio on Theology of Religions. From 1987-2000 he has had teaching posts at the Universities of Munich, Innsbruck and Salzburg, and since 2000 was Professor at the University of Glasgow. He has been a member of the secretarial board of the 'European Network of Buddhist-Christian Studies' since 1997. Perry has authored five books, co-authored two and edited ten (e.g. Buddhist Perceptions of Jesus, St. Ottilien 2001; War and Peace in World Religions, SCM 2004; Buddhism and Christianity in Dialogue, SCM 2005). He has had more than 100 scholarly publications in the field of Systematic Theology, Theology of Religions, and Buddhist-Christian Dialogue.  Perry Schmidt-Leukel is currently Professor at the Institute for Religious Studies and Inter-Faith Theology at the University of Muenster, Germany.