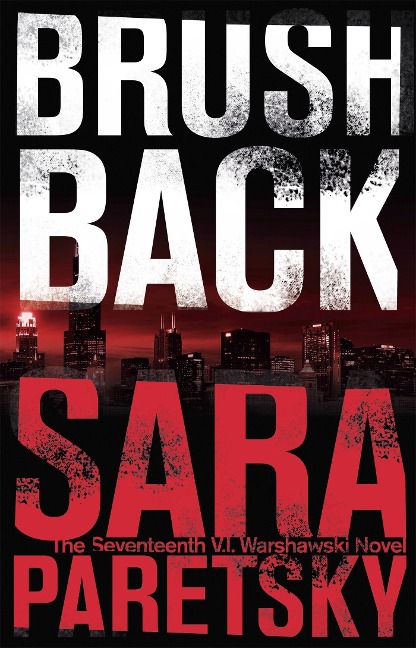 For six stormy weeks in high school, V.I. Warshawski thought she was in love with Frank Guzzo.
He broke up with her, she went off to college, he started driving trucks for a living. She forgot about him until the day his mother was arrested for bludgeoning his kid sister Annie to death.

Twenty-five years later, Stella is released and Frank comes to V. I., begging the private detective to help find grounds to exonerate his mother from a crime she claims she never committed.

V.I. doesn't want to get involved, but life has been hard on Frank. When V.I. agrees to ask a few questions, it's a painful journey to the past for her, to her old neighbourhood and the people she grew up with. And when she gets beaten up after attending a youth-group meeting in her old 'hood, V.I.'s main question becomes whether she will live long enough to find the answers.

[Praise]
'Sara Paretsky's V. I. Warshawski remains the most distinctive female private investigator in US crime fiction . . . immensely entertaining' Independent
'With the creation of V.I. Warshawski, Sara Paretsky did more than anyone to change the face of contemporary women's fiction' Express on Sunday

Sara Paretsky was named 2011 Grand Master by the Mystery Writers of America. She is the winner of many awards, including the Cartier Diamond Dagger Award for lifetime achievement from the British Crime Writers' Association and the CWA Gold Dagger for Blacklist. In 2015 she received the Theakstons Old Peculier Outstanding Contribution to Crime Fiction Award. She lives on Chicago's south side with her husband.