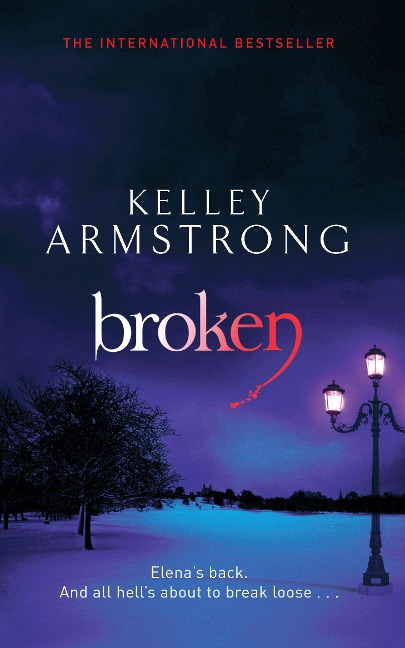 Book 6 in the Women of the Otherworld Series

'A convincing small-town setting, clever contemporary dialogue, compelling characterizations and a touch of cool humor .... This story's special strength lies in its seamless incorporation of the supernatural into the real world.' - Publishers Weekly

'Armstrong has a good ear for dialogue, and the main characters, especially Jaime and Eve, stand out in full colour.' - Winnipeg Free Press

Book six in Kelley Armstrong's supernatural series marks the return of werewolf Elena Michaels from BITTEN and STOLEN. When half-demon Xavier calls in the favour Elena owes him, it seems easy enough - steal Jack the Ripper's 'From Hell' letter away from a Toronto collector who had himself stolen it from the Ripper evidence boxes in the Metropolitan Police files. But nothing in the supernatural world is ever as simple as it seems.

Elena accidentally triggers a spell placed on the letter, and manages to tear an opening that leads into the nether regions of Victorian London. Toronto may be looking for a tourism boost, but 'Gateway to Hell' isn't quite the new slogan the city had in mind . . .

A brilliant novel of suspense with a supernatural twist - packaged in the stunning new Kelley Armstrong series style.

Nadia Stafford
Exit Strategy
Made to be Broken
Wild Justice

Darkest Powers
The Summoning
The Awakening
The Reckoning

Darkness Rising
The Gathering
The Calling
The Rising