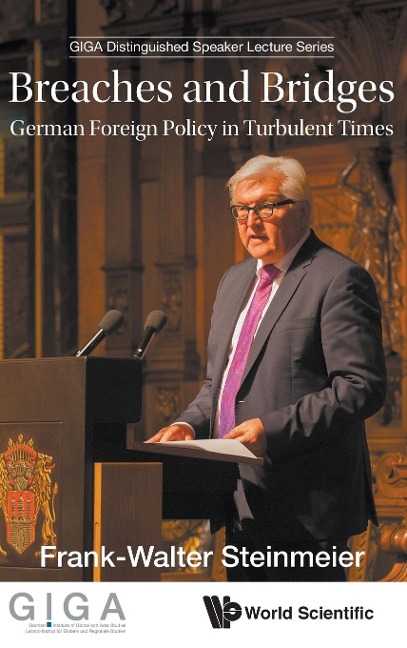 Breaches and Bridges - German Foreign Policy in Turbulent Times features an agenda-setting speech by the Federal President of Germany, Dr Frank-Walter Steinmeier, delivered as a GIGA Distinguished Speaker Lecture in June 2016, when he served as the Federal Minister for Foreign Affairs.
This speech is accompanied by two essays. The first is an introduction by the First Mayor of Hamburg, Olaf Scholz, which reflects on the role of the Hanseatic City in world affairs. The second is a brief analysis by Professor Amrita Narlikar, President of the GIGA German Institute of Global and Area Studies. Narlikar identifies the necessity for a more profound understanding of historical trajectories, political traditions, and bargaining cultures of international negotiating partners, and invokes new forms of leadership and cooperation in global governance.
In his speech, Dr Steinmeier announces the German candidacy for a non-permanent seat on the UN Security Council and outlines German foreign policy with its cornerstones of peace, justice, innovation, and partnership. In a period of global transition and turmoil, the world needs creative and feasible solutions. This volume (with articles in both English and German) will be a valuable resource for students, academics, policymakers, and practitioners in the field of international relations and foreign affairs.