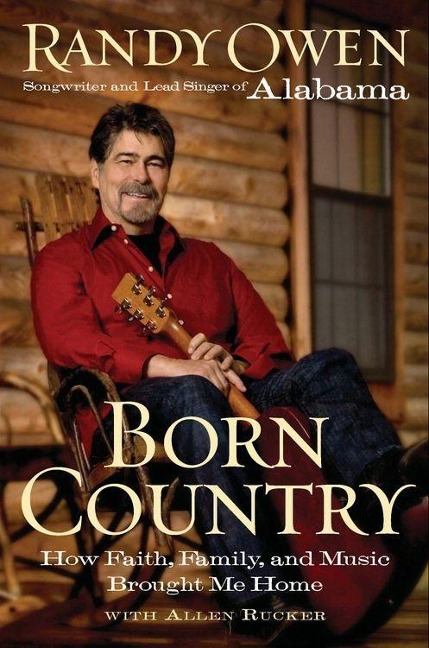 How Faith, Family, and Music Brought Me Home

"[Randy Owen] is a true gentleman, armed with an unassuming attitude and a modest approach to life, coupled with enormous fame and success. Born Country is a great read!”
—Dick Clark, former host of American Bandstand

Born Country is an inspiring memoir of faith, family, and living the American dream from the lead singer/songwriter of Alabama, the biggest country music group of all time. A multiple Grammy, People's Choice, and Country Music Association Award-winning superstar, Randy Owen tells about growing up poor in rural Alabama, the son of devout Christian sharecroppers, his rise to the top of the charts, his personal trials and the destructive temptations he avoided through his love and unassailable faith in God. Written with Allen Rucker, Randy Owen's Born Country is both a fascinating look inside the Alabama phenomenon and a moving portrait of an extraordinary life enriched by traditional Christian values

For over twenty-five years Randy Owen was the front man and lead vocalist of Alabama, one of the most prolific groups in the history of music and the biggest country music group of all time. The band has had twenty-one gold, platinum, and multiplatinum albums and forty-two number one singles, and has sold more than 73 million albums. In November 2005, Randy and his Alabama band mates received country music's highest honor when they were inducted into the Country Music Hall of Fame. Randy's first solo album, One on One, released in November 2008.