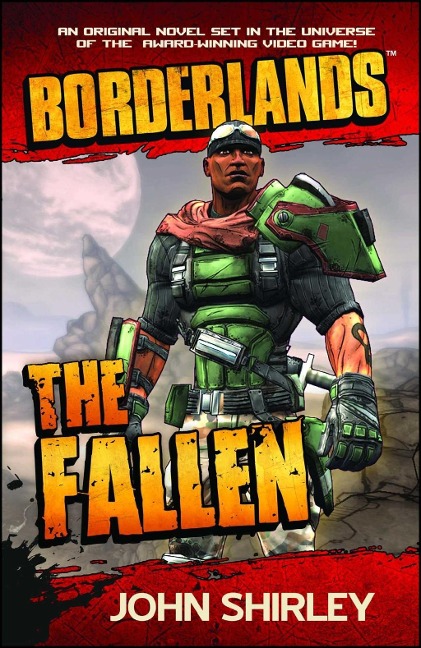 WHAT KIND OF MAN MAKES A LIVING IN HELL?

His name's Roland. Soldier class, a former mercenary, he's on a full-time mission to scrape a living out of the most dangerous planet in the galaxy.

Is he qualified? He's well armed, he's ruthless, and he's tougher than skag hide. And, oh yeah—he's strapped with some of the most exotic weaponry this side of the Vault, not to mention possessing fists like chunks of steel.

Zac Finn and his wife and young son had better get on the right side of Roland, because a stopover in orbit has turned into a nightmarish fall to the unforgiving landscape of the Borderlands. Zac hopes to find a strange new alien treasure in the Borderlands to turn his down-spiraling life around. But his wife, Marla, and his son, Cal, just want to survive, and reunite, because catastrophe has left them separated by hundreds of klicks. Their chances aren't good . . . and Roland is all that stands between them and the planet's kill-crazed Psychos and murderous bandits—not to mention the grotesque primals, giant wyrm squids, insane tunnel rats, voracious skags, brutal bruisers, and ruthless mercs. . . .

An original novel set in the universe of the Rated M for Mature video game created by Gearbox Software and published by 2K Games.