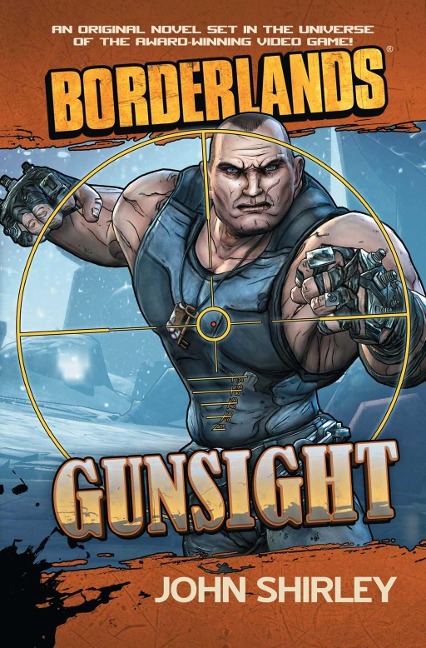 An original novel set in the universe of the award-winning video game!

The Borderlands cannot be conquered!

Mordecai and Daphne have gotten themselves in a tough spot near the highly dangerous town of Gunsight, one of the most remote outposts on the planet Pan­dora, out in the boonies of the boonies of the Borderlands. Daphne has been taken prisoner by Jasper, a local warlord who controls the area around Gunsight . . . except for that other settlement, the former mining town Tumessa. There's some kind of big secret operation going on in Tumessa—another warlord, a particularly mutated Psycho named Reamus, is somehow making money. And he's been relent­lessly raiding Gunsight and kidnapping Jasper's people. Jasper may be scum, but he needs those people for raids on other towns, so it all has to balance out. Mordecai needs to negotiate for Daphne's release, but now the only way he'll ever see her alive again is to kill his way into Tumessa, find out what's going on there, and report back to Jasper—only then will Mordecai get a paycheck and the girl. Mordecai doesn't want the job, but he is pretty devoted to Daphne . . . and somehow, he just might be able to turn this entire mess to his advantage. . .

Fizzlebert Stump and the Girl Who Lifted Quite ...

The Invention of Nature