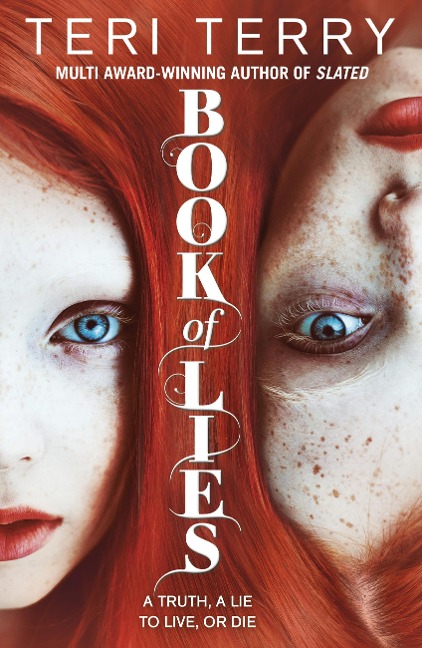 Who lies? Who tells the truth? Death hangs on the answer...

'Highly recommended, especially for those who like their fantasy subtle but chillingly effective, and populated by characters they can believe in' (Starburst Magazine)

Tell a lie and the darkness will find you.
Quinn and Piper are twins, but they've never met. A tragic event brings
them together, and draws them into a family curse that stretches across centuries.
One twin can command the darkness; the other could hold the key to breaking the curse.
But when lies become truth and truth looks like lies, who can you believe?

Don't miss this startling new book from Teri Terry, queen of the YA psychological thriller!

They are trapped, frozen. Waiting. Straining against the wood that holds them. The unwary catch a glimpse now and then - feel their desperate hunger, see a glint of red eyes - and scurry out of the shadows of the wood, back to the light.
She's coming; it will be soon.
They will run free on the moors again. The Hunt will return.
And the ground will run with blood.

One Of Us Is Lying

The Tattooist of Auschwitz

Summary of The Underground Railroad

Is Your Genius at Work?

How to Drink Whisky

Endlich essen, was ich will

Picnic in the Storm