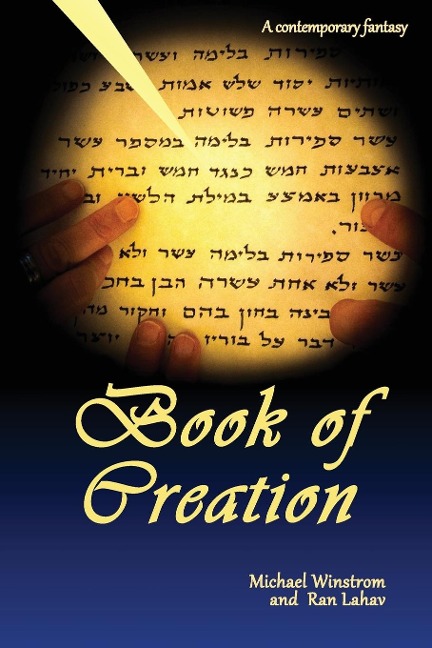 The Blessing protecting the earth is diminishing. Waves of accidents and catastrophes start plaguing our world. Three Keepers try using the mysterious ancient Book of Creation to avert the approaching doom, but the task turns out to be much more harrowing than they had expected. Their heroic struggle against multiple adversaries reveals their deep friendship and spiritual strength, as well as the nascent spiritual powers of two young women, Osnat and Dina.
This fast-pace, breathtaking fantasy is set in today's world, but it also spans four millennia of human history, from Biblical times to the 21st century. The plot revolves around the Book of Creation ("Sefer Yetzirah" in the original Hebrew), a real historical manuscript from about two millennia ago. Often seen as part of the ancient Kabbalah, its solemn and terse pronouncements have baffled scholars and mystics alike. The authors of the present fantasy, Ran Lahav and Michael Winstrom, offer their own interpretation of the meaning of these pronouncements.