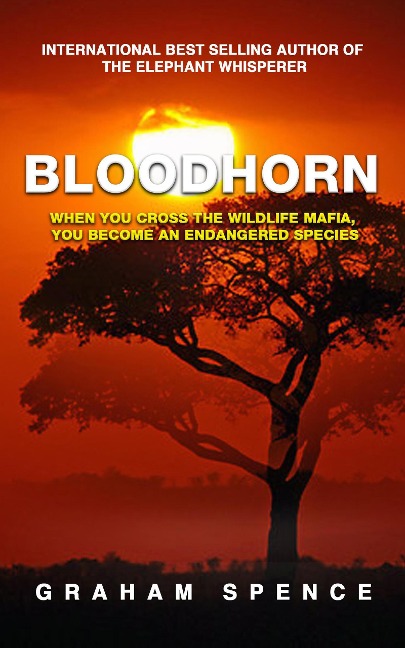 "If you truly want to grasp the situation facing conservationists, do what a poacher does and look at a rhino and see a three-foot-long scimitar of pure gold on its nose. Yet you don't have to tunnel into the earth for it. One bullet is all you need."

Alaskan fishing guide Chris Stone's future sister-in-law Josie Gordon, a game ranger, has been kidnapped in South Africa by a murderous gang of rhino poachers. She was investigating the illicit horn trade, now among the most lucrative crimes in the world, and was on the verge of exposing the international wildlife mafia.

With the help of a South African private detective and a former Vietnam Green Beret, Chris and his fiancé Debra vow to find her.

They follow Josie's trail, from South African hunting reserves that are little more than drug-fueled bordellos in the bush to Ho Chi Minh City, where ground rhino horn is regarded as a wonder cure for anything from cancer to impotency.

The final showdown is back in Africa, where game rangers using ancient bolt-action rifles take on the heavily-armed mercenaries of the wildlife mafia.

With the rhino fast facing extinction, the author of the international bestseller The Elephant Whisperer explores the scourge of wildlife smuggling in this searing novel taken from today's headlines.