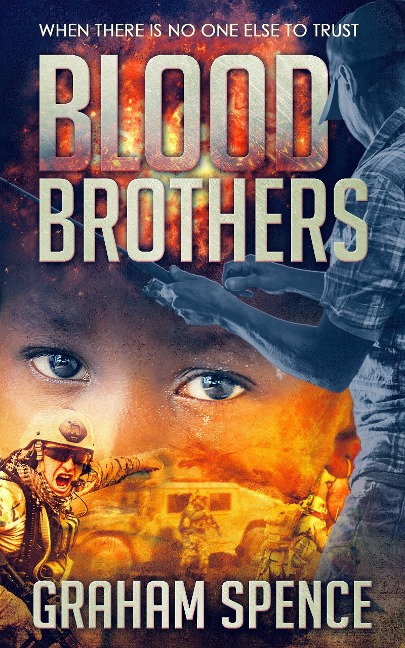 A Liberian businessman is given six hours to pay for a mysterious cargo of weapons in Monrovia - or his son will die.

Alaskan adventurer Chris Stone is dragged into this murderous imbroglio with his partner Debra Gordon and Delta Force operators Carl Wilson and Nick Landry. Last time they teamed up was tracking rhino poachers slaughtering Africa's most endangered species, whose horns today are more valuable than gold.

This time the stakes are even higher as a terrifying new front in the undeclared global terror war erupts.

As chilling as today's headlines, Blood Brothers weaves fiction with reality in a white-knuckle tale of modern terrorism.

Spence has written two other Chris Stone adventure novels, The Apocalypse Chase, and Bloodhorn, a thriller based on fact about the wildlife smuggling cartels driving rhinos to extinction.

Spence's non-fiction books, including The Elephant Whisperer which he co-wrote with Lawrence Anthony - 'The Indiana Jones of Conservation' - have received widespread international claim.

Born in Africa, Graham Spence was a journalist for more than 20 years reporting on the turbulent apartheid era.

He now lives in Berkshire, England with his wife and two sons and is a full time writer. His previous three non-fiction books, The Elephant Whisperer, Babylon's Ark and The Last Rhino, written with his brother-in-law Lawrence Anthony, are all best sellers. Lawrence Anthony, who died on 2012, was known as the 'Indiana Jones of conservation'.

Spence has written one other novel, The Apocalypse Chase, a thriller about fishing in the world's most dangerous places.