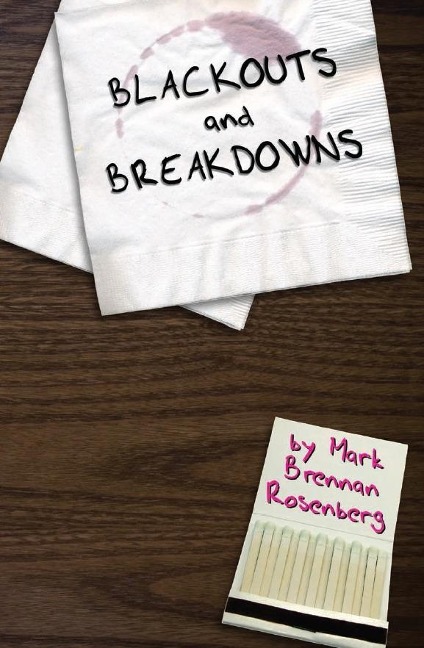 BLACKOUTS and BREAKDOWNS
A Novel by Mark Brennan Rosenberg

Drugs up our noses and boyfriends from Britain
Vodka called Ketel and diaries written
Guys with hot packages and lots of bling
These are a few of my favorite things.

Ever wondered what it's like to pretend to know sign language to pick up a hot deaf guy?

Luckily, Mark has taken care of all of that so you won't ever have to wonder again. In Blackouts and Breakdowns Mark chronicles his shenanigans from early childhood where he was a rambunctious sprite who rocked pink pants, watched far too many soap operas and sang show tunes (it came as no surprise when his parents found out he was gay - as if they needed to be told) to adulthood where he rocked pleather pants, watched far too many soap operas and sang show tunes at piano bars while plastered. In eleven uproarious short stories, Mark takes you inside his mind and explores the ridiculousness of his excessive drinking and the struggles he had to overcome to quit boozing and finally grow up. Oh, and he'll tell you how he ended up as a hot dog vendor. Because that's a road, you probably don't wantto go down. Ever.