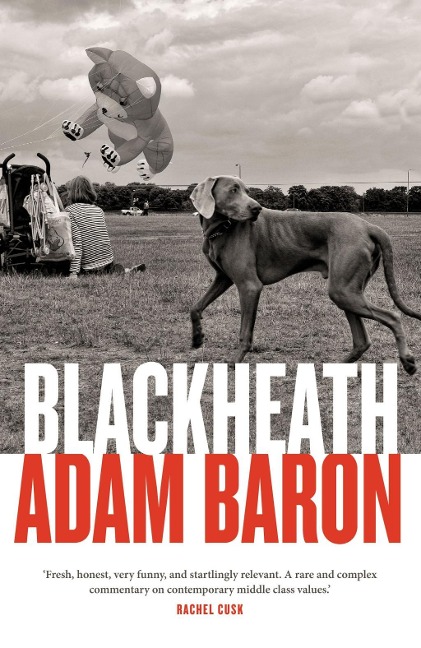 Holding a mirror up to contemporary gender politi and exposing the flaws and failures of so-called equal parenting, Blackheath is a moving and sharply comic tale of life-after-children, revealing the awful truth at the heart of modern family life: love is not enough.

Amelia has everything: two perfect children, a successful husband who loves her, and a big house in London's affluent Blackheath. So why does she wake up one morning with a distaste for her daughter and an unexplained attraction to James, a dad she sees in the playground at drop off?

James has everything: a happy marriage to poet and fellow academic Alice and two children they both adore, sharing the childcare and fitting it around their work commitments. James loves his children intensely, but caring for them during the week makes him feel like a failure, especially when the suited-up bankers and lawyers of Blackheath pass him on the school run, heading for the station and their real lives in the city. When his wife's star begins to rise, James is tempted back into his old career on the comedy circuit, looking for a way to cure his sense that something vital is missing.

As the two couples' lives increasingly overlap, all four characters are thrown into turmoil, and the repercussions threaten to blow both families apart.

Adam Baron is the author of five novels, which have been widely translated and dramatised on BBC Radio 4. He has worked as an actor, journalist, comedy writer/performer and in-house writer for Channel 4 Television. He is currently MA Course Director in Creative Writing at Kingston University, London. He lives in Greenwich, London, with his wife and three young children.