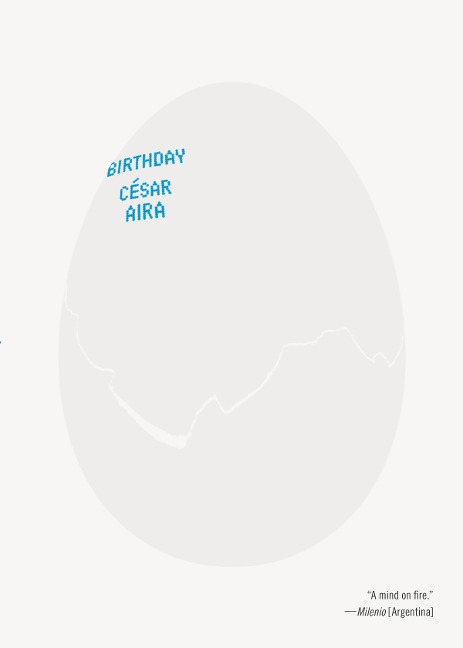 Birthday is among the very best of Aira?it will surprise readers new to his work, and will deeply satisfy his many fans

Before you know it you are no longer young, and by the way, while you were thinking about other things, the world was changing?and then, just as suddenly you realize that you are fifty years old. Aira had anticipated his fiftieth?a time when he would not so much recall years past as look forward to what lies ahead?but the birthday came and went without much ado. It was only months later, while having a somewhat banal conversation with his wife about the phases of the moon, that he realized how little he really knows about his life. In Birthday Aira searches for the events that were significant to him during his first fifty years. Between anecdotes ,and memories, the author ponders the origins of his personal truths, and meditates on literature meant as much for the writer as for the reader, on ignorance, knowledge, and death. Finally, Birthday is a little sad, in a serene, crystal-clear kind of way, which makes it even more irresistible.
E-Book 02/2019