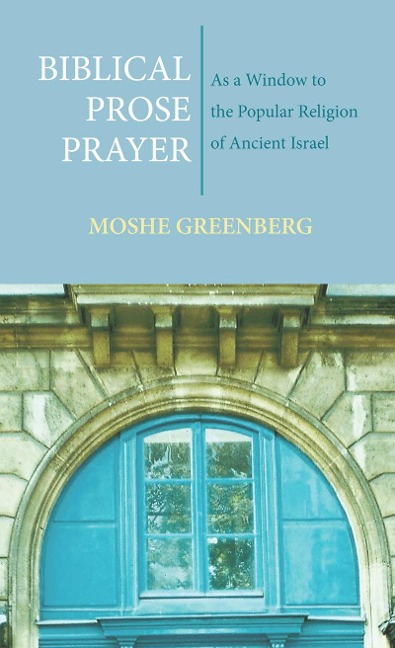 As a Window to the Popular Religion of Ancient Israel

Some degree of spiritual enlightenment must be supposed to account for the overall tolerance, even receptivity, of the people; though they refused to comply with the prophets' uncompromising demands, and occasionally persecuted one or another of them, as a rule they allowed them to preach, and even spawned devotees who reverently preserved their speeches until canonization. Unsupported by power and wealth, the classical prophets can have persisted for centuries only because they were rooted in loamy spiritual soil. The populace constituting that soil deserves to be appreciated no less than the exotic flowers that towered above it.

What was the spiritual loam that prepared Israel's soil so that prophecy could thrive in it? Any answer to this question must give due consideration to the popular life of prayer. For it was in extemporized praying that the Israelites experienced a nonmagical approach to God in which form was subordinate to content; here, in immediate contact with a God who "searched the conscience and the heart," they were sensitized to sincerity in self-disclosure to God; and, finally, it was in prayer that they had constantly to face the issue of adjusting their ways to God's in order to obtain his favor.

Greenberg finds in this rich life of private prayer a setting for the high religious ideas--and the scathing critique of worship--which characterized the "genius" of the prophets of the eighth and ninth centuries BC. This masterful evaluation of biblical prose prayer, a tradition independent of experts and special places, suggests an explanation for the unprecedented democratization of worship in postbiblical Judaism.

Moshe Greenberg taught the Bible and Judaica at the University of Pennsylvania from 1954 until 1970 and was professor of Bible at the Hebrew University in Jerusalem until retiring in 1996. He died in 2010. His many publications include: The Hab/piru, Introduction to Hebrew, Biblical Prose Prayer, Studies in the Bible and Jewish Thought, and Ezekiel (2 vols., Anchor Bible).