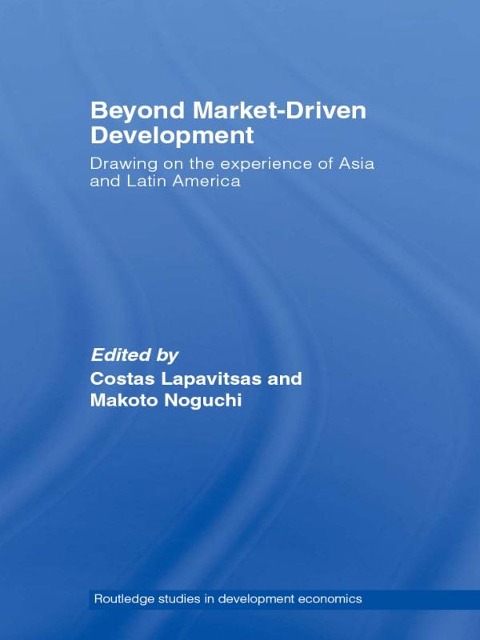 Drawing on the Experience of Asia and Latin America

For many years the countries of East Asia challenged the Washington consensus and offered an alternative development paradigm because their economies were regulated, their financial systems "repressed" and their states interventionist. However, Asian capitalism was disrupted in the 1990s following Japan's stagnation and the financial crisis of 1997-98.

"Beyond Market-Driven Development" treads the unexplored theoretical terrain created by the simultaneous decline of the Washington consensus and Asian developmentalism and analyzes the comparative political economy of East Asia and Latin America.

Through the juxtaposition of countries in East Asia and Latin America, leading academics analyze the impact of government intervention, institutional malfunction, social transformation and financial change as well as conflict and power on economic development.

This book will prove to be invaluable to students and academics of development economics.

Costas Lapavitsas is Senior Lecturer in Economics at the School of Oriental and African Studies.

Introduction 'Globalism and Developmentalism'. Part 1: Theoretical Framework 1. Beyond the Developmental State: Towards a Political Economy of Development 2. Can Asia Find Its Own Way of Development? Corporate Governance, System Conflict and Financial Crisis Part 2: Results of Globalization 3. Argentina: A Decade of the Convertibility Regime 4. State and Development in Korea after the Asian Crisis 5. Intellectual Property Rights and National Innovation Systems: Lessons from Mexico and Korea Part 3: Converging and Diverging of Paths of Economic Development 6. What Remains of the East Asian Model? 7. Evolutionary Privatization in China 8. Is East Asia Becoming 'Latin Asia'? Lessons from the 'Brazilian Miracle' Part 4: Finance and Regionalism 9. Neoliberal Financial Integration and Financial Crisis in Emerging Economies 10. Bank-Based Versus Market-Based Financial Systems: Insights from the History of Economic Thought 11. East Asia and the Development of Regionalism