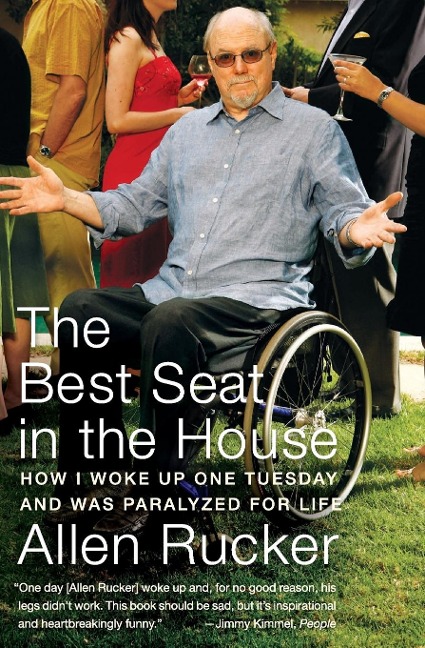 Best Seat in the House, The

One Tuesday afternoon Allen Rucker, Hollywood comedy writer and family man, wakes from a nap to find himself paralyzed from the waist down. Shocking? Yes. Unfair? Absolutely. Reality? Inescapably. Rucker is shaken up and angry, but soon realizes he's stuck in a wheelchair forever. He begins to reevaluate everything in his life, from the simplest bodily functions to the mysteries of the universe. Luckily, he's invited us along on the bumpy, poignant, and often hilarious road to recovery that leads him to completely redefine his life.

The Best Seat in the House is Rucker's unpretentious, unapologetic, refreshingly comic, and powerfully heartfelt paean to life and its fragility, and to the resilience and adaptability of a single, normal, very funny human being.

An award-winning writer for television, author of nine books of nonfiction and humor, and columnist for Ability Magazine, Allen Rucker has written three books on the HBO series The Sopranos, including the #1 New York Times bestseller, The Sopranos Family Cookbook. He lives in Los Angeles.