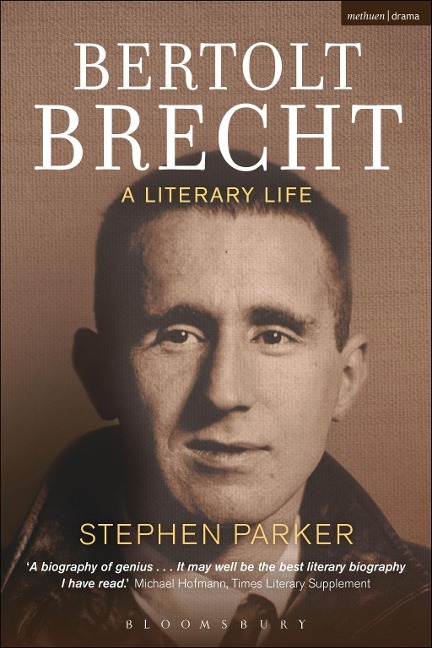 This first English language biography of Bertolt Brecht (1898-1956) in two decades paints a strikingly new picture of one of the twentieth century's most controversial cultural icons.

Drawing on letters, diaries and unpublished material, including Brecht's medical records, Parker offers a rich and enthralling account of Brecht's life and work, viewed through the prism of the artist. Tracing his extraordinary life, from his formative years in Augsburg, through the First World War, his politicisation during the Weimar Republic and his years of exile, up to the Berliner Ensemble's dazzling productions in Paris and London, Parker shows how Brecht achieved his transformative effect upon world theatre and poetry.

Bertolt Brecht: A Literary Life is a powerful portrait of a great, compulsively contradictory personality, whose artistry left its lasting imprint on modern culture.

Stephen Parker is Henry Simon Professor of German at the University of Manchester and was Research Fellow, Leverhulme Trust (2009-12). His publications include 'Sinn und Form': The Anatomy of a Literary Journal (with Matthew Philpotts, 2009) and The Modern Restoration: Re-thinking German Literature 1930-1960 (With Peter Davies and Matthew Philpotts, 2004).