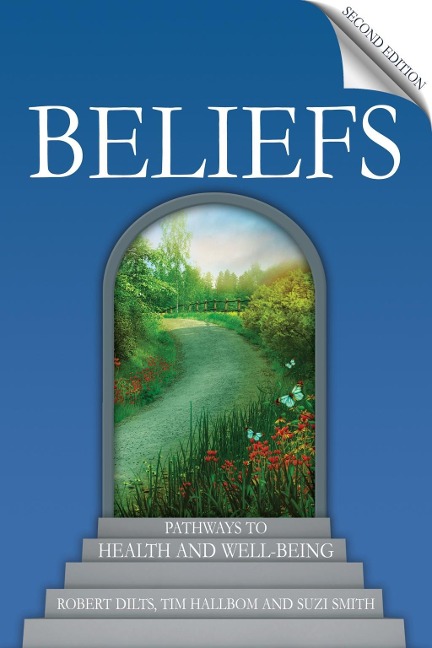 Pathways to Health and Well-Being

BELIEFS are the foundation of everyone's personal outcomes.This second edition of Beliefs: Pathways to Health & Well-Being includes new and updated material and offers leading edge technologies that rapidly and effectively identify and remodel limiting beliefs.It teaches you powerful processes for change and demonstrates how to identify and change beliefs using scripts from personal change work undertaken with individuals in workshops. These processes include reimprinting, conflict integration, belief/reality strategies, visualization and criteria identification.You will learn the latest methods to change beliefs which support unhealthy habits such as smoking, overeating and drug use; change the thinking processes that create phobias and unreasonable fears; retrain your immune system to eliminate allergies and deal optimally with cancer, AIDS and other diseases; and learn strategies to transform "unhealthy" beliefs into lifelong constructs of wellness.

Robert Dilts has been a developer, author, trainer and consultant in the field of Neuro-Linguistic Programming (NLP) - a model of human behaviour, learning and communication - since its creation in 1975 by John Grinder and Richard Bandler. A long time student and colleague of both Grinder and Bandler, Robert also studied personally with Milton H. Erickson, M.D., and Gregory Bateson.Robert is the principal author of Neuro-Linguistic Programming Vol. I (with John Grinder, Richard Bandler and Judith DeLozier, 1980), which serves as the standard reference text for the field, and has authored numerous other books on NLP. Changing Belief Systems with NLP (1990) and Beliefs: Pathways to Health and Well Being (with Tim Hallbom and Suzi Smith, 1990) describe his work in changing limiting beliefs and creating functional belief systems. Tools for Dreamers (with Todd Epstein and Robert W. Dilts, 1991) and Skills for the Future (with Gino Bonissone, 1993), explore the applications of NLP to managing and enhancing creativity. Effective Presentation Skills (1994) covers the key skills necessary for successful public speaking. Strategies of Genius Volume I, Volume II & Volume III (1994-1995), apply the methods and distinctions of NLP to model the thinking processes of important historical figures including Aristotle, Sherlock Holmes (a.k.a. Arthur Conan Doyle), Walt Disney, Wolfgang Mozart, Albert Einstein, Sigmund Freud, Leonardo da Vinci and Nikola Tesla. Dynamic Learning (with Todd Epstein, 1995), explores the development of effective strategies for learning and teaching. Visionary Leadership Skills (1996), studies tools and skills necessary for "creating a world to which people want to belong." Tools of the Spirit (with Robert McDonald, 1997), explores how NLP principles and processes may be used to encourage and enhance spiritual growth and development. Modeling with NLP (1998) covers the tools and skills for modeling the behavior of exceptional people, illustrating the application of NLP modeling procedures to the study of effective leadership ability. Sleight of Mouth (1999) describes the set of verbal reframing patterns he developed to conversationally influence beliefs. The Encyclopedia of Systemic Neuro-Linguistic Programming and NLP New Coding (with Judith DeLozier, 2000) provides a comprehensive overview of the field of Neuro-Linguistic Programming, including its wide range of applications, techniques and influences. Alpha Leadership: Tools for Business Leaders Who Want More From Life (with Ann Deering and Julian Russell, 2002) describes a new model of leadership that captures and shares the practices of effective leadership, offering approaches to reduce stress and to promote satisfaction.Robert's more recent books include From Coach to Awakener (2003), which provides a road map and set of toolboxes for coaches to help clients reach goals on a number of different levels of learning and change and The Hero's Journey: A Voyage of Self Discovery (with Stephen Gilligan, 2009), which encourages you to embark on a path of learning and transformation that will reconnect you with your deepest calling, transform limiting beliefs and habits, heal emotional wounds and physical symptoms, deepen intimacy, and improve self-image. And published in October of 2010 is the long awaited NLP II: The Next Generation (with Judith DeLozier and Deborah Bacon Dilts). This book reviews the new developments which have enriched the field of Neuro-Linguistic Programming since the publication of NLP Volume I. During the last 30 years, NLP developers and practitioners have expanded the boundaries of NLP, creating a new generation of models and applications.Robert is also a co-founder (with Tim Hallbom and Suzi Smith) of the Institute for Advanced Studies of Health (IASH). Established in 1994, IASH is a non-profit organization which supports research and networking relating to the application of Systemic NLP methods to the area of health. As part of this mission, IASH provides administration for The NLP World Health Community and Health Certification Training. IASH maintains an international directory of certified NLP Health Practitioners.