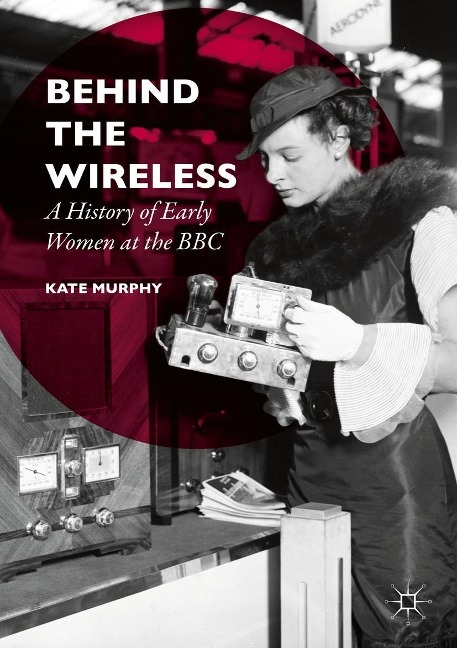 A History of Early Women at the BBC

Behind the Wireless tells the story of women at the BBC in the 1920s and 30s. Broadcasting was brand new in Britain and the BBC developed without many of the overt discriminatory practices commonplace at the time. Women were employed at all levels, except the very top, for instance as secretaries, documentary makers, advertising representatives, and librarians. Three women held Director level posts, Hilda Matheson (Director of Talks), Mary Somerville (Director of School Broadcasting), and Isa Benzie (Foreign Director). Women also produced the programmes aimed at female listeners and brought women broadcasters to the microphone. There was an ethos of equality and the chance to rise through the ranks from accounts clerk to accompanist. But lurking behind the façade of modernity were hidden inequalities in recruitment, pay, and promotion and in 1932 a marriage bar was introduced. Kate Murphy examines how and why the interwar BBC created new opportunities for women.

Kate Murphy is Senior Lecturer at Bournemouth University, UK, where she leads the BA (Hons) History programme. Prior to this, she worked at the BBC for twenty-four years, predominantly as a Senior Producer on Radio 4's Woman's Hour. She is the author of Firsts: British Women Achievers.