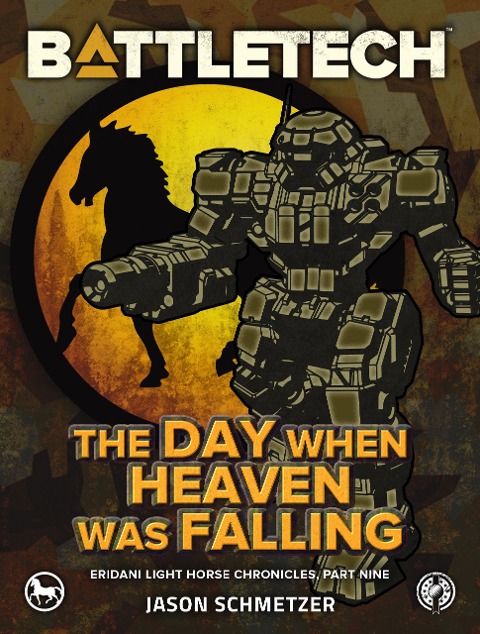 Other mercenary units fly flags at two flagpoles at their headquarters, one with their unit's flag, and other bearing the flag of their current employer. However, the Third Regimental Combat Team-a.k.a. the Eridani Light Horse-leaves one flagpole bare, as a reminder of the death of the Star League, and the other pole flies the Light Horse's unit and regimental flags at half-mast.

What triumphs and tragedies shaped the Eridani Light Horse and its traditions? What drove them to become a force to be reckoned with, an elite mercenary unit with one of the longest histories and the deepest traditions in the Inner Sphere? Witness the unit's origins in the Star League and follow their evolution all the way through the Succession Wars and the Clan Invasion to their downfall in the Dark Age and their resurrection in the uncertain future of the ilClan era.

Part Nine: The Day When Heaven Was Falling by Jason Schmetzer: During the Dark Age, an invasion force from Clan Jade Falcon arrives at Hesperus II intent on conquest. The Eridani Light Horse must help the Lyran defenders hold the line…but at what cost?