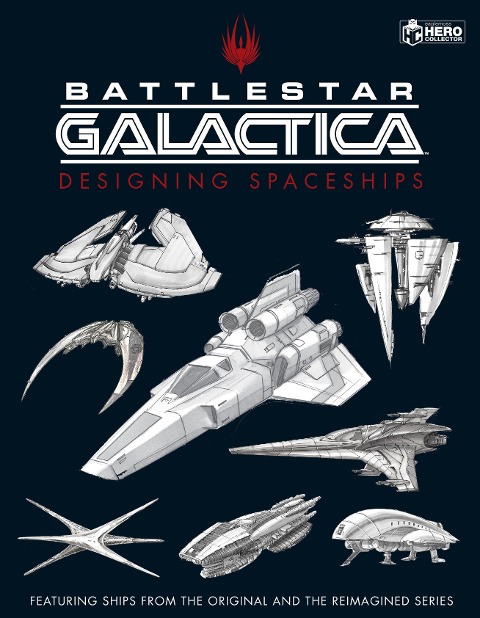 This new book goes behind the scenes on the award-winning TV series Battlestar Galactica to discover the concepts behind the designs of dozens of spaceships!

Battlestar Galactica debuted on TV in 1978 and acquired a phenomenal following, breaking new ground for TV drama and winning several awards. It returned to TV screens in 2003 in a critically acclaimed reimagined series, with Time Magazine naming it one of the 100 Best TV Shows of All Time.

This behind-the-scenes guide looks at the creation of the ships in both the original and the reimagined series, including vessels of the ragtag fleet and those of the Cylon enemy. Featuring artwork from the groundbreaking first series and the 2004 reimagined series, this volume explores the art of ship creation from the first sketches to the finished designs of the modelmakers.

Covering 18 key ships from the two shows, including the Galactica itself, the Vipers and the Cylon Raiders, the pages are packed with original concept art from designers Eric Chu, Andrew Probert and legendary artist Ralph McQuarrie.