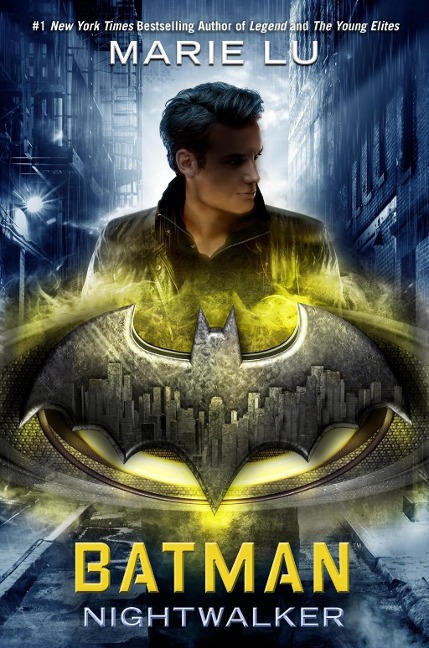 Before he was Batman, he was Bruce Wayne. A reckless boy willing to break the rules for a girl who may be his worst enemy.

The Nightwalkers are terrorizing Gotham City, and Bruce Wayne is next on their list. Bruce is turning eighteen and inheriting his family's fortune, not to mention the keys to Wayne Industries and all the tech gadgetry that he could ever desire. But on the way home from his birthday party, he makes an impulsive choice that leads to community service at Arkham Asylum, the infamous prison. There, he meets Madeleine Wallace, a brilliant killer with ties to the Nightwalkers. A girl who will only speak to Bruce. She is the mystery he must unravel, but is he convincing her to divulge her secrets, or is he feeding her the information she needs to bring Gotham City to its knees?

Bruce Wayne is proof that you don't need superpowers to be a super hero, but can he survive Madeleine's game of tense intrigue and deception?

Marie Lu is the author of the #1 New York Times bestselling series The Young Elites, as well as the blockbuster bestselling Legend series. She graduated from the University of Southern California and jumped into the video game industry as an artist. Now a full-time writer, she spends her spare time reading, drawing, playing games, and getting stuck in traffic. She lives in Los Angeles with one husband, one Chihuahua mix, and one Pembroke Welsh corgi.

Moving On - What you need to know about Separat...

Violated: Part 1 of 3: A Shocking and Harrowing...

Breaking the Habit of Being Yourself