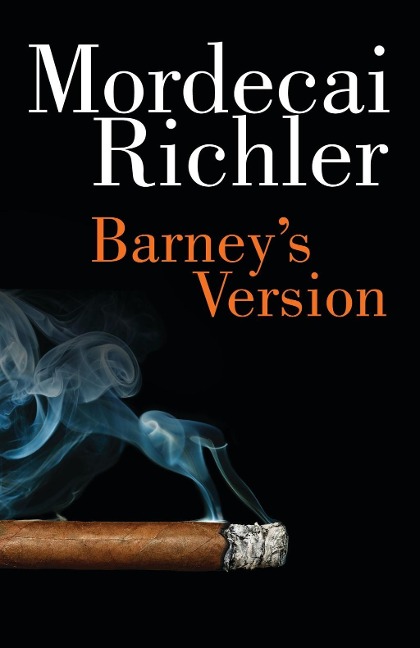 Charged with comic energy and a steely disregard for any pieties whatsoever, Barney's Version is a major Richler novel, the most personal and feeling book of a long and distinguished career.

Told in the first person, it gives us the life (and what a life!) of Barney Panofsky--whose trashy TV company, Totally Useless Productions, has made him a small fortune; whose three wives include a martyred feminist icon, a quintessential JCP (Jewish-Canadian Princess), and the incomparable Miriam, the perfect wife, lover, and mother--alas, now married to another man; who recalls with nostalgia and pain his young manhood in the Paris of the early fifties, and his lifelong passion for wine, women, and the Montreal Canadiens; who either did or didn't murder his best friend, Boogie, after discovering him in bed with The Second Mrs. Panofsky; whose satirical eye for the idiocies of today's Quebec separatists (as well as for every other kind of political correctness) manages to offend his entire acquaintanceship (and will soon be offending readers everywhere); and whose memory--though not his bile--is, in his sixty-seventh year, definitely slipping . . .

Mordecai Richler was born in Montreal in 1931. Among his most successful novels are The Apprenticeship of Duddy Kravitz, St. Urbain's Horseman, and Solomon Gursky Was Here. He divides his time between Canada (Montreal and Lake Memphre-magog) and London.