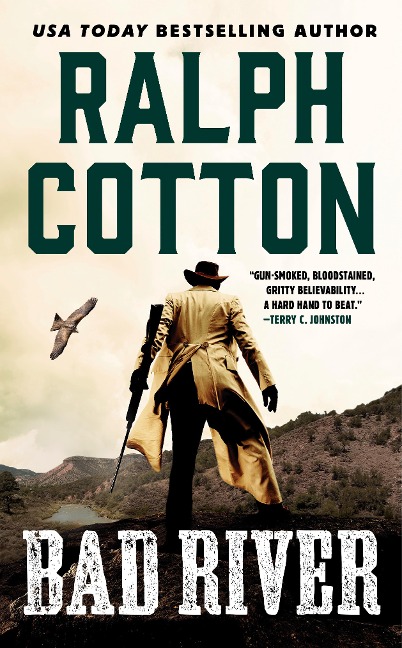 Following a tip from a prisoner in Yuma Penitentiary, Ranger Sam Burrack is riding to the Mexican Valley to hunt down the Cowboy Gang, notorious bandits who have topped the Most Wanted list for the past year. The crooks have fled to Río Malo and settled in under the protection of corrupt town officials. Now, with new recruits including the infamous Russian assassin Kura Stabitz, they're robbing banks and trains on both sides of the border.

"I will tell you where they are," Escalante had said, "only because I know that Stabitz will kill you and bleed you like a dying pig!" Burrack knows it won't be easy. He won't find the gunmen just waiting to be arrested in Bad River. But with patience-and a little luck-he will find them nearby, maybe in the limestone mountains, maybe in the caves above the old Quaker mission. He'll smoke them out like rats if he has to. That was the job, and a ranger always gets the job done…

Ralph Cotton is the author of dozens of Western and crime novels. Prior to writing, he was, among other things, an ironworker, a commercial seaman/second mate, a Teamster, and a lay minister with the Lutheran Church of America.