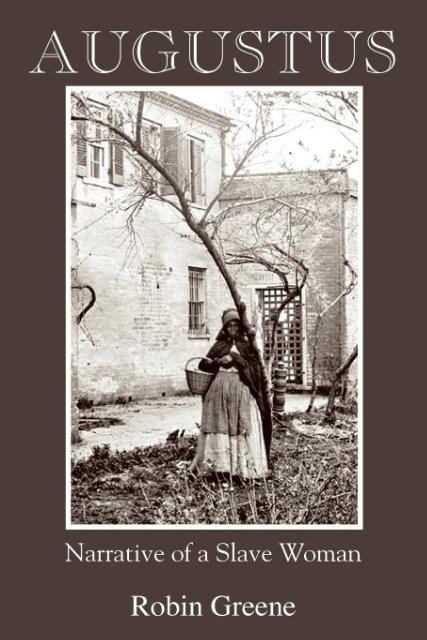 Narrative of a Slave Woman

When Professor Robin Greene tells a freshman composition class about her scholarly interest in women's narratives, Samantha Henderson, an African American student, invites Greene to meet her grandmother and to listen to a series of reel-to-reel tapes that both Samantha and her grandmother insist should be part of the official WPA archive of ex-slave narratives.
Intrigued, Greene accepts the challenge of authenticating the recordings, but after a full year of unproductive exchanges with historians and archivists, a frustrated Greene decides to transcribe the tapes and to publish the resulting narrative so that readers may judge for themselves if the tapes are-or are not-authentic.
In her transcription, Greene presents the first-person account of Sarah Louise Augustus, who comes of age during the Civil War and whose story involves a head-on collision with the moral ambiguities of slavery. Readers follow Sarah Louise as she becomes Augustus-the name she assumes when she takes control of her destiny. Her story begins in the antebellum period and unfolds as Augustus recollects a brutal war and its social carnage. Readers also discover the connections that bind Greene, Sarah Louise, Samantha, and Samantha's grandmother-for these women, surprisingly, share much in common.
As a work of historical fiction, Greene's account focuses light on black feminism, on race-specific reactions to historical inquiry, on sexuality and rape, and on the quest for identity. And Greene, who in "real life" teaches English and Writing at Methodist University, becomes Professor Greene, the fictional narrator whose story frames the narrative and whose own scholarly need for authenticity and precision nearly costs her more than she is willing to lose.