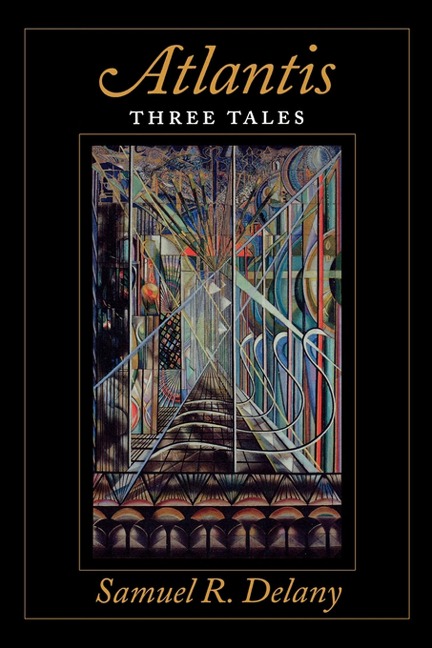 From the Hugo and Nebula-winning author, three literary tales trace the intricate interdependencies of memory, experience, and the self.

Wesleyan University Press has made a significant commitment to the publication of the work of Samuel R. Delany, including this recent fiction, now available in paperback. The three long stories collected in Atlantis: three tales-"Atlantis: Model 1924," "Erik, Gwen, and D. H. Lawrences Aesthetic of Unrectified Feeling," and "Citre et Trans" -explore problems of memory, history, and transgression.

Winner of both the Hugo and Nebula awards, and Guest of Honor at the 1995 World Science Fiction Convention in Glasgow, Delany was won a broad audience among fans of postmodern fiction with his theoretically sophisticated science fiction and fantasy. The stories of Atlantis: Three Tales are not science fiction, yet Locus, the trade publication of the science fiction field, notes that the title story "has an odd, unsettling power not usually associated with mainstream fiction."

A writer whose audience extends across and beyond science fiction, black, gay, postmodern, and academic constituencies, Delany is finally beginning to achieve the broader recognition he deserves.

"Delany, who's best known for his science fiction . . . takes a variety of literary turns in these three novellas that chronicle the experience of the African American writer in the 20th century. . . . Balanced and full of intricate layers of prose, these novellas present a potpourri of literary references, detailed flashbacks and experimental page layouts. Delany seamlessly meshes graceful prose, cultural and philosophical depth and a knowledge of different forms and voices into a truly heady, literate blend." -Publishers Weekly