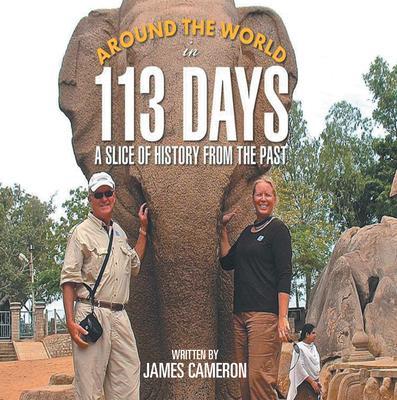 Around The World In 113 Days

A Slice of History From The Past

In the Winter of 2007, my wife and I came upon the idea of taking an around the world cruise. Our reasoning: most importantly, we were both in good health and were not limited physically from enjoying all the experiences such a trip could provide; we were both retired and could reasonably afford such a trip if we were prudent in selecting among all of the add-on options. We had taken multiple Caribbean cruises over the years and were "ship ready" and we had great curiosity about the numerous variances in world cultures as well as topographies.

We decided upon a Holland America cruise upon the flag ship Amsterdam. The route was a sleep friendly west to east, leaving and arriving from Ft. Lauderdale, FL. Our cruise de-parted on January 4, 2008 and arrived back at Ft. Lauderdale on April 27, 2008 - a total of 113 days, covering 35,936 nautical miles and stops at 41 ports. An itinerary of our cruise is included as an appendix.

As we concluded the arrangements for our cruise, we promised our friends and relatives to send regular emails of our adventures. We gathered information from various sources to compose our emails as the cruise progressed. The normal course of accumulating historical facts and descriptions of current culture and local customs were gained in advance from highly educated speakers brought aboard ship prior to each disembarkment. Typically, these speakers were natives of the countries or environments they described. We closely followed and took copious notes of these presentations, delivered in the ship's auditorium.

A second source of information along a broad spectrum of topics were the native guides assigned to our groups on shore excursions, be they by foot, bus or water craft. Without excep-tion, the local guides were invaluable in presenting the realities of their countries, environments and life styles.

Lastly, each of our shore excursions produced vivid and unique impressions of our environments that would be in addition to, and sometimes counter, to our on board presenters and our shore guides. Little did we know that our collection of emails and photos would later become chapters in a book. Our advice to our readers - it is better to experience it live than read about it. Should you decide to take such an around the world cruise we wish you Bon Voyage.