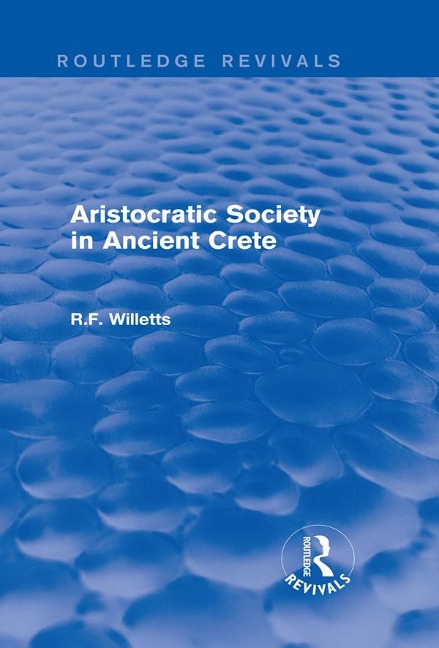 Aristocratic Society in Ancient Crete, first published in 1955, investigates the emergence and progress of Dorian society on Crete from the 8th century BC onwards. The major contribution of Cretan culture in this period was in the field of law - law and order are traditionally linked, and Dorian Crete remained steadfast in its pursuit of order. The author offers an explanation for the protracted aristocratic character of Cretan society, basing his study on the crucial Code of Gortyna. The primitive foundations of the social system are examined, illuminating the tribal institutions which formed the basis of the aristocratic states which developed. The four classes of the Cretan states, and the mutual relations of these classes, are defined, and the stages whereby family institutions developed are analysed. Finally, political and judicial organisation is scrutinised, and the Cretan culture is situated in the wider horizon of Mediterranean civilisation.

Preface; Acknowledgements; Symbols Used in the Citation of Epigraphical Texts Explanation is offered for the protracted aristocratic character of Cretan society Part I: Primitive Foundations 1. The Gortyn Code and Age Distinctions 2. Tribal Nomenclature Part II: The Classes 3. The Free 4. The Apetairoi 5. The Serfs 6. The Slaves Part III: The Family 7. The Oikos 8. Adoption 9. The Heiress 10. Adultery and Divorce 11. Death of Husband or Wife 12. Children Born Out of Wedlock 13. Division of the Inheritance Part IV: The State 14. The Political System: Epigraphic Evidence 15. The Political System: Literary Evidence 16. The Political System: Comparison of Epigraphic and Literary Evidence 17. The Bureaucracy 18. Official Buildings 19. Judges and Judicial Procedure 20. Some Further Types of State Legislation Part V: The Wider Context 21. Internal and External Relationships of the States 22. Summary: Development and Characteristics of the Cretan Aristocratic States; Bibliography; Epigraphical Publications; Periodicals; Indices